Want to listen to the audiobook A Tuscan Childhood (Vintage Departures) written by Kinta Beevor?
MP3 Audiobook Player is here to help! 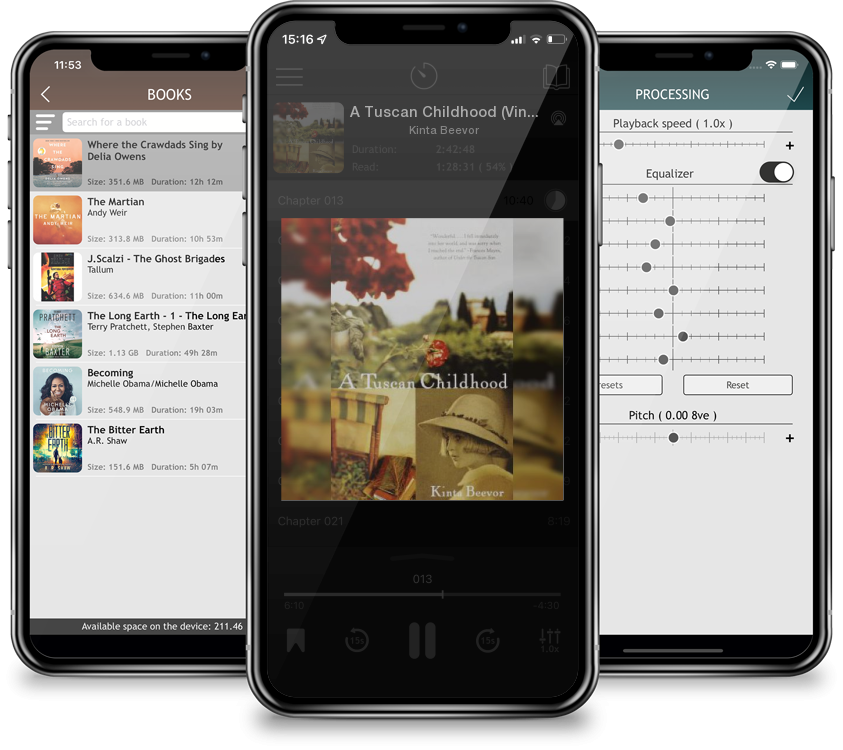 The sparkling memoir of an idyllic, bohemian childhood in an enchanted Tuscan castle between World War I and World War II.When Kinta Beeevor was five, her father, the painter Aubrey Waterfield, bought the sixteenth-century Fortezza della Brunella in the Tuscan village of Aulla. There her parents were part of a vibrant artistic community that included Aldous Huxley, Bernard Berenson, and D. H. Lawrence. Meanwhile, Kinta and her brother explored the glorious countryside, participated in the region's many seasonal rites and rituals, and came to know and love the charming, resilient Italian people. With the coming of World War II the family had to leave Aulla; years later, though, Kinta would return to witness the courage and skill of the Tuscan people as they rebuilt their lives. Lyrical and witty, A Tuscan Childhood is alive with the timeless splendour of Italy.