Want to listen to the audiobook A Very Irregular Head: The Life of Syd Barrett written by Rob Chapman?
MP3 Audiobook Player is here to help! 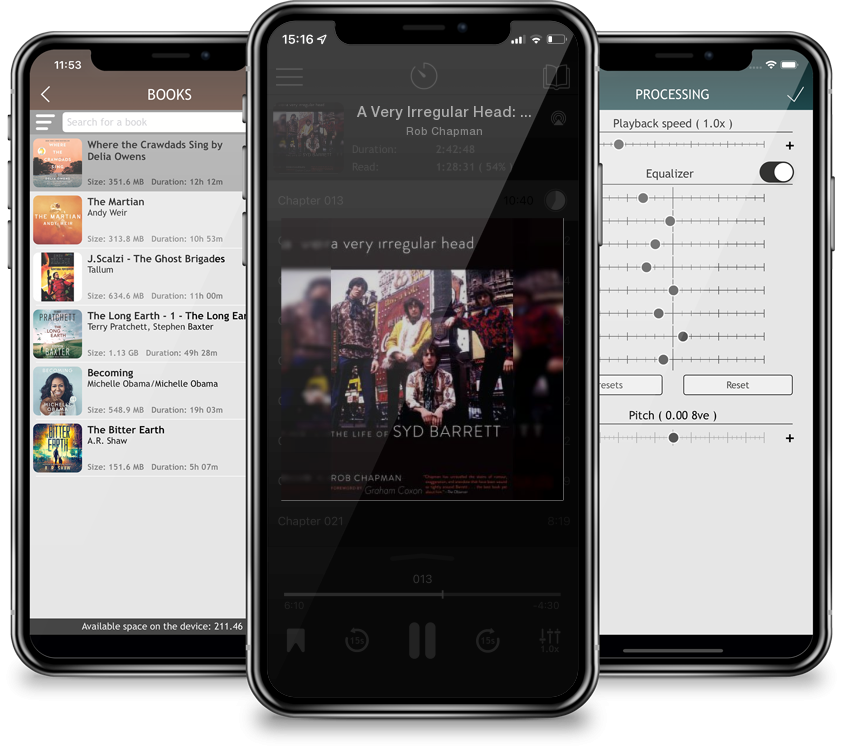 A Very Irregular Head: The Life of Syd Barrett

“I don't think I'm easy to talk about. I've got a very irregular head. And I'm not anything that you think I am anyway.”—Syd Barrett’s last interview, Rolling Stone, 1971 Roger Keith “Syd” Barrett (1946–2006) was, by all accounts, the very definition of a golden boy. Blessed with good looks and a natural aptitude for painting and music, he was a charismatic, elfin child beloved by all, who fast became a teenage leader in Cambridge, England, where a burgeoning bohemian scene was flourishing in the early 1960s. Along with three friends and collaborators—Roger Waters, Richard Wright, and Nick Mason—he formed what would soon become Pink Floyd, and rock ’n’ roll was never the same. Starting as a typical British cover band aping approximations of American rhythm ’n’ blues, they soon pioneered an entirely new sound, and British psychedelic rock was born. With early, trippy, Barrett-penned pop hits such as “Arnold Layne” (about a clothesline-thieving cross-dresser) and “See Emily Play” (written specifically for the epochal “Games For May” concert), Pink Floyd, with Syd Barrett as their main creative visionary, captured the zeitgeist of “Swinging” London in all its Technicolor glory. But there was a dark side to all this new-found freedom. Barrett, like so many around him, began ingesting large quantities of a revolutionary new drug, LSD, and his already-fragile mental state—coupled with a personality inherently unsuited to the life of a pop star—began to unravel. The once bright-eyed lad was quickly replaced, seemingly overnight, by a glowering, sinister, dead-eyed shadow of his former self, given to erratic, highly eccentric, reclusive, and sometimes violent behavior. Inevitably sacked from the band, Barrett retreated from London to his mother’s house in Cambridge, where he would remain until his death, only rarely seen or heard, further fueling the mystery. In the meantime, Pink Floyd emerged from the underground to become one of the biggest international rock bands of all time, releasing multi-platinum albums, many that dealt thematically with the loss of their friend Syd Barrett: The Dark Side of the Moon, Wish You Were Here, and The Wall are all, on many levels, about him. In A Very Irregular Head, journalist Rob Chapman lifts the veil of secrecy that has surrounded the legend of Syd Barrett for nearly four decades, drawing on exclusive access to family, friends, archives, journals, letters, and artwork to create the definitive portrait of a brilliant and tragic artist. Besides capturing all the promise of Barrett’s youthful years, Chapman challenges the oft-held notion that Barrett was a hopelessly lost recluse in his later years, and creates a portrait of a true British eccentric who is rightfully placed within a rich literary lineage that stretches through Kenneth Graham, Hilaire Belloc, Edward Lear, Lewis Carroll, John Lennon, David Bowie, and on up to the pioneers of Britpop. A tragic, affectionate, and compelling portrait of a singular artist, A Very Irregular Head will stand as the authoritative word on this very English genius for years to come.