Want to listen to the audiobook A View from Two Benches: Bob Thomas in Football and the Law written by Doug Feldmann?
MP3 Audiobook Player is here to help! 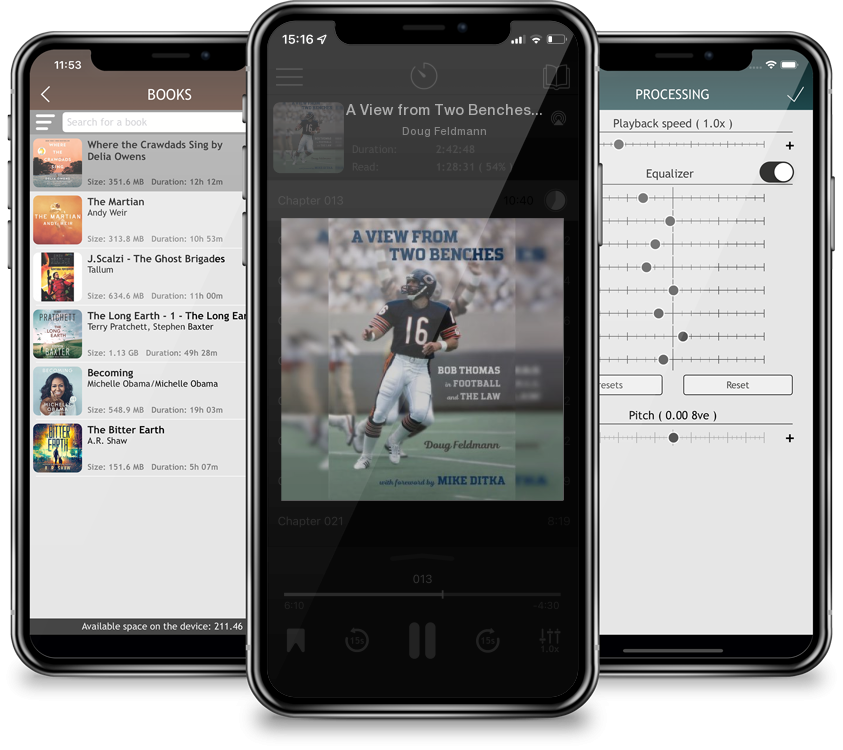 A View from Two Benches: Bob Thomas in Football and the Law

Whether in football or in the law, Illinois Supreme Court Justice Robert Thomas has always had the best view from the bench.Bob Thomas got his start in football at the University of Notre Dame, kicking for the famed Fighting Irish in the early 1970s. Claimed off waivers by the Chicago Bears in 1975, Thomas helped to take the franchise from their darkest days to their brightest. Yet, on the cusp of the team's greatest moment, he was struck with a shocking blow that challenged his fortitude.In this dramatic retelling of Bob Thomas's fascinating life, renowned sports writer Doug Feldmann shows how neither football nor the law was part of Thomas's dreams while growing up the son of Italian immigrants in Rochester, New York, in the 1960s. Chasing excellence on both the gridiron and in the courtroom, however, would require resilience in ways he could not have imagined.As A View from Two Benches shows us, Bob Thomas reached the top of two separate and distinct professions, guided by a bedrock of faith that has impacted his decisions and actions as both a football player and a judge, helping him navigate the peaks and valleys of life. As Doug Feldmann reveals, Bob Thomas has always stayed true to the values he learned in his earliest days.Doug Feldmann's rich biography of an accomplished kicker and a proud justice of the law shows us that determination and resilience go a long way to a successful and impactful life.