Want to listen to the audiobook A Vision of Yemen: The Travels of a European Orientalist and His Native Guide, a Translation of Hayyim Habshush's Travelogue written by Alan Verskin?
MP3 Audiobook Player is here to help! 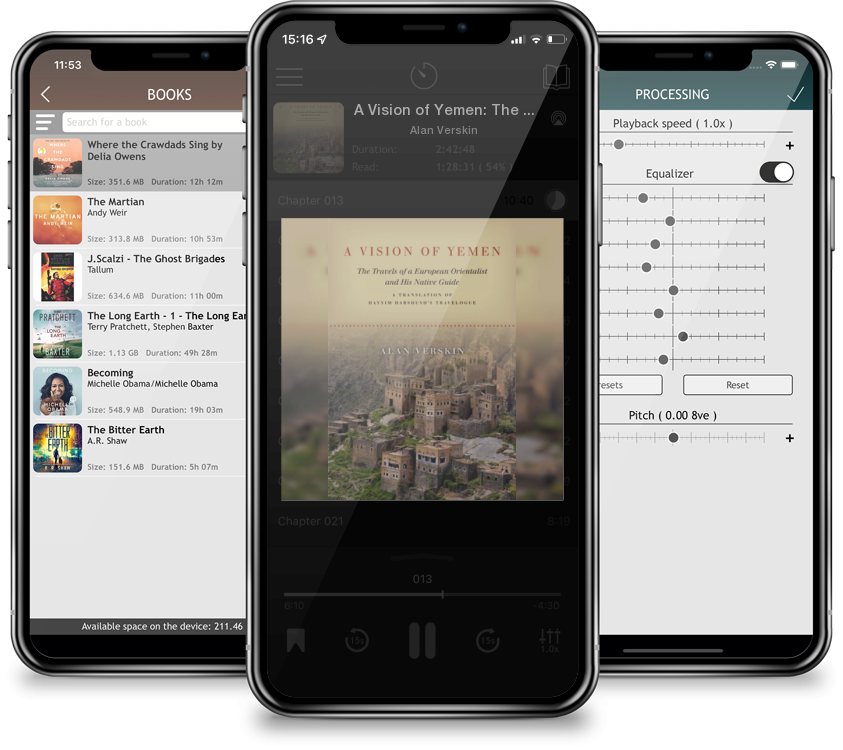 A Vision of Yemen: The Travels of a European Orientalist and His Native Guide, a Translation of Hayyim Habshush's Travelogue

In 1869, Hayyim Habshush, a Yemeni Jew, accompanied the European orientalist Joseph Hal vy on his archaeological tour of Yemen. Twenty years later, Habshush wrote A Vision of Yemen, a memoir of their travels, that provides a vivid account of daily life, religion, and politics. More than a simple travelogue, it is a work of trickster-tales, thick anthropological descriptions, and reflections on Jewish-Muslim relations. At its heart lies the fractious and intimate relationship between the Yemeni coppersmith and the enlightened European scholar and the collision between the cultures each represents. The book thus offers a powerful indigenous response to European Orientalism. This edition is the first English translation of Habshush's writings from the original Judeo-Arabic and Hebrew and includes an accessible historical introduction to the work. The translation maintains Habshush's gripping style and rich portrayal of the diverse communities and cultures of Yemen, offering a potent mixture of artful storytelling and cultural criticism, suffused with humor and empathy. Habshush writes about the daily lives of men and women, rich and poor, Jewish and Muslim, during a turbulent period of war and both Ottoman and European imperialist encroachment. With this translation, Alan Verskin recovers the lost voice of a man passionately committed to his land and people.