Want to listen to the audiobook A Voice for Justice: Writings of David Schuman written by Sharon Schuman?
MP3 Audiobook Player is here to help! 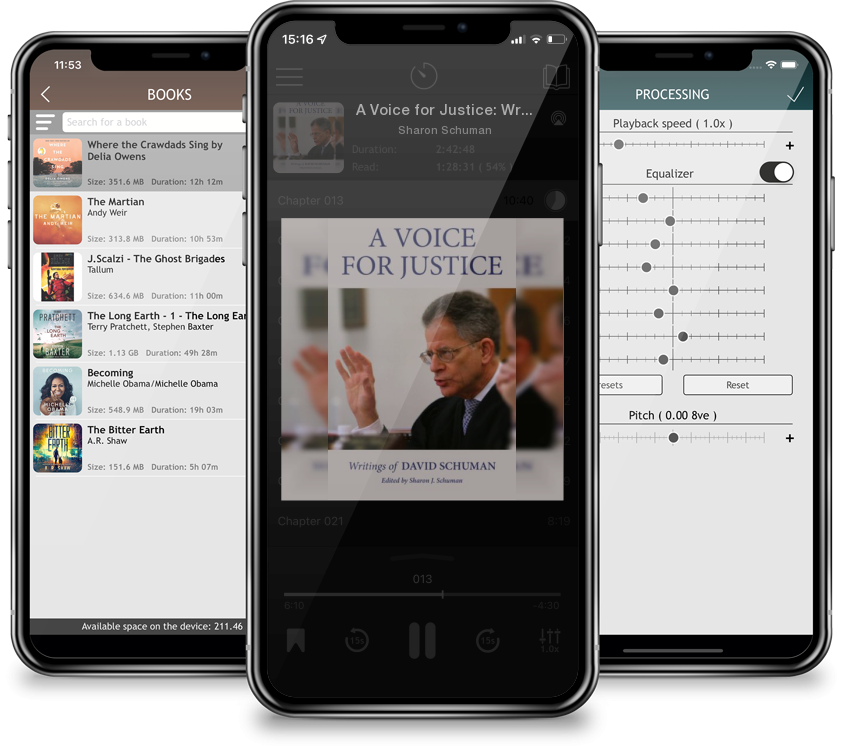 A Voice for Justice: Writings of David Schuman

As an educator, speaker, deputy attorney general, and judge, David Schuman was known for his ability to clarify difficult legal concepts. According to James Egan, chief judge of the Oregon Court of Appeals, he was the “intellectual giant of our generation.” A Voice for Justice reveals how David Schuman’s unique jurisprudence came to be. His friends and associates knew that Oregon Supreme Court Justice Hans Linde convinced Schuman to turn to the Oregon Constitution rather than the federal one to protect individual rights. But even some of Schuman’s closest friends were unaware of his fiction, which provides a window into his deep capacity for empathy and casts new light on his ability to write elegant, sometimes funny, judicial opinions. His legal thinking also had deep roots in literature and political theory.           Schuman’s 672 judicial opinions are not just brilliant, but written so that anyone can understand them. Like Ruth Bader Ginsburg, he knew there was nothing to gain by communicating only to specialists. He wanted citizens to be able to make up their own minds about important issues.          A Voice for Justice brings together for the first time writings that span over fifty years. Lawyers and laypeople alike will appreciate Schuman’s lucid, engaging observations, which are highly relevant to our current anxieties about institutional racism and democracy under stress. The short stories, speeches, op-eds, articles, legal opinions, and dissents selected for this volume constitute a call to action for everyone to become voices for justice.