Want to listen to the audiobook A Woman in Berlin: Eight Weeks in the Conquered City: A Diary written by Anonymous?
MP3 Audiobook Player is here to help! 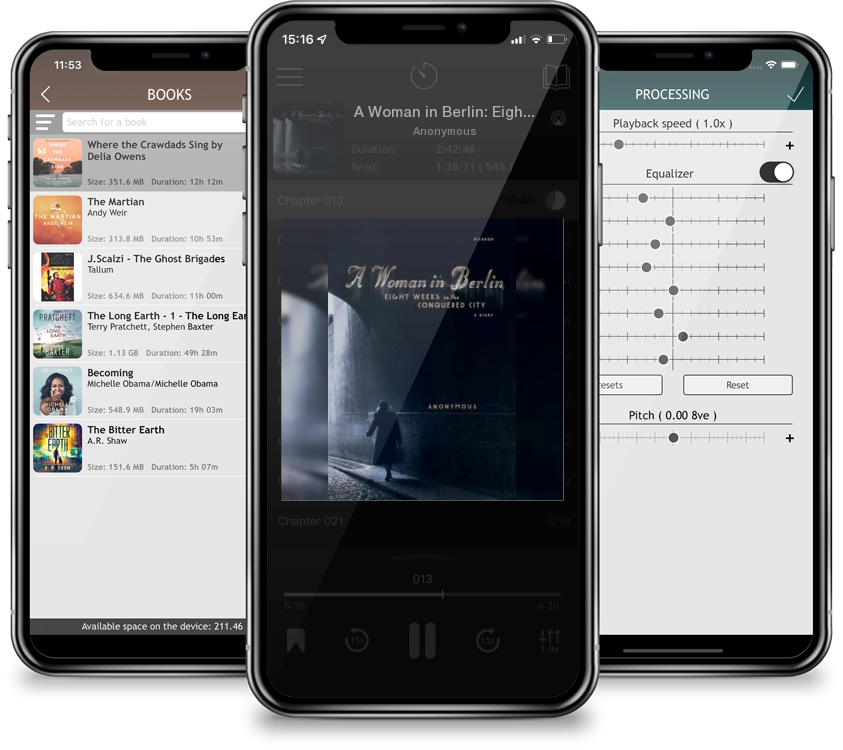 A Woman in Berlin: Eight Weeks in the Conquered City: A Diary

A New York Times Book Review Editors' Choice For eight weeks in 1945, as Berlin fell to the Russian army, a young woman kept a daily record of life in her apartment building and among its residents. "With bald honesty and brutal lyricism" (Elle), the anonymous author depicts her fellow Berliners in all their humanity, as well as their cravenness, corrupted first by hunger and then by the Russians. "Spare and unpredictable, minutely observed and utterly free of self-pity" (The Plain Dealer, Cleveland), A Woman in Berlin tells of the complex relationship between civilians and an occupying army and the shameful indignities to which women in a conquered city are always subject--the mass rape suffered by all, regardless of age or infirmity.A Woman in Berlin stands as "one of the essential books for understanding war and life" (A. S. Byatt, author of Possession).