Want to listen to the audiobook A Woman Like Me written by Bettye Lavette?
MP3 Audiobook Player is here to help! 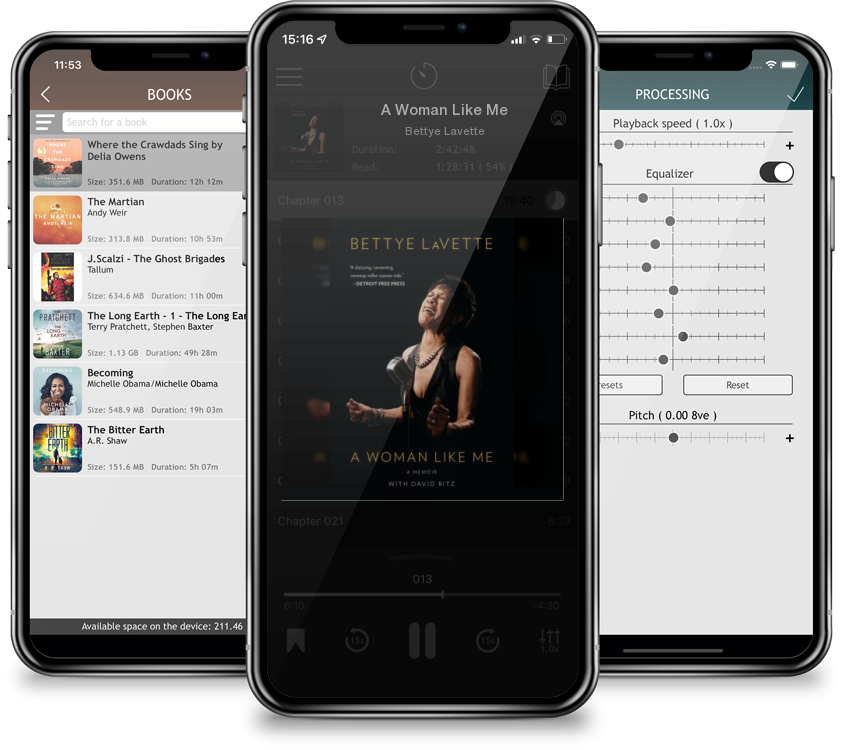 As a teenager in Detroit, Bettye LaVette scored a hit single with "My Man - He's a Lovin' Man." But by twenty, she had faded into obscurity, and bad luck repeatedly sabotaged her career. Then, after forty years of singing in clubs, her unforgettable performances at the 2008 Kennedy Center Honors and at President Obama's pre-inaugural concert put her back in the spotlight. A chronicle of LaVette's incredible life, A Woman Like Me is a poignant, brazen, take-no-prisoners memoir as thrilling and fearless as her music.