Want to listen to the audiobook A Wonderful Guy: Conversations with the Great Men of Musical Theater written by Eddie Shapiro?
MP3 Audiobook Player is here to help! 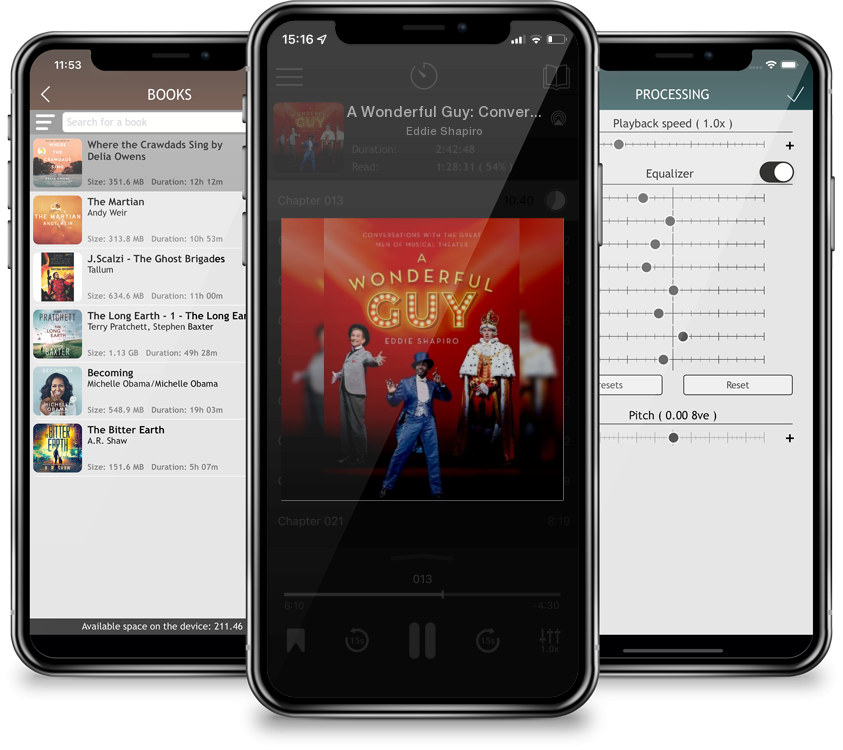 A Wonderful Guy: Conversations with the Great Men of Musical Theater

Fascinating, never-before-published interviews with Broadway's leading men offer behind-the-scenes looks at the careers of some of the most beloved perfomers today. In A Wonderful Guy, a follow up to Nothing Like a Dame: Conversations with the Great Women of Musical Theater, theatre journalist Eddie Shapiro sits down for intimate, career-encompassing conversations with nineteen of Broadway's most prolific and fascinating leading men. Full of detailed storiesand reflections, his conversations with such luminaries as Joel Grey, Ben Vereen, Norm Lewis, Gavin Creel, Cheyenne Jackson, Jonathan Groff and a host of others dig deep into each actor's career; together, these chapters tell the story of what it means to be a leading man on Broadway over the pastfifty years. Alan Cumming described Nothing Like a Dame, as an encyclopedia of modern musical theatre via a series of tender meetings between a diehard fan and his idols. Because of Eddie Shapiro's utter guilelessness, these women open up and reveal more than they ever have before, and we get to be the thirdguest at each encounter. A Wonderful Guy brings more fly-on-the-wall opportunities for fans to savour, students to study, and even the unindoctrinated to understand the life of the performing artist.