Want to listen to the audiobook A World Apart: A Memoir of Jewish Life in Nineteenth Century Galicia (Judaism and Jewish Life) written by Joseph Margoshes?
MP3 Audiobook Player is here to help! 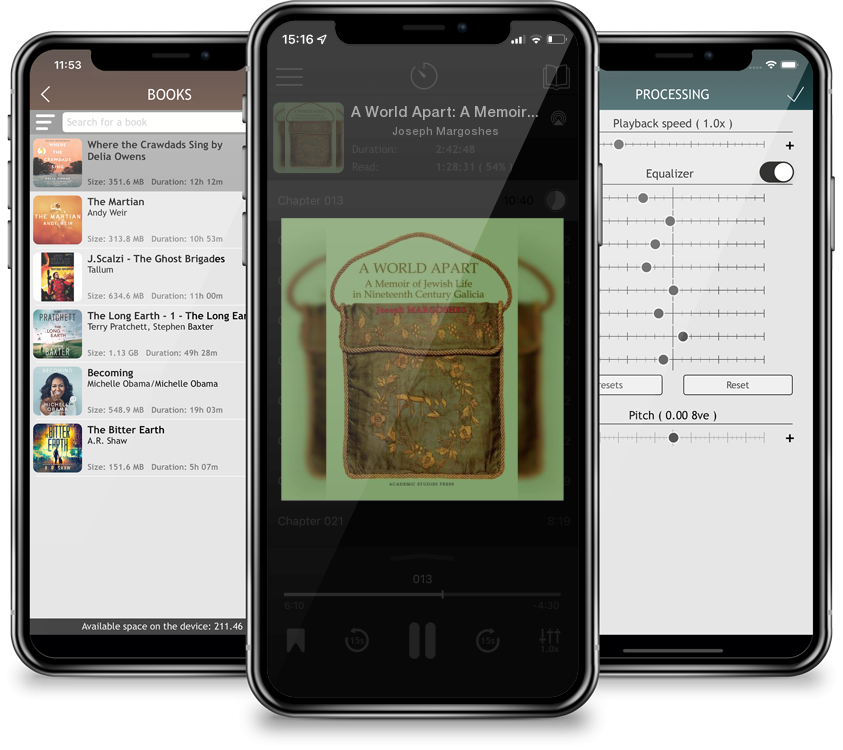 A World Apart: A Memoir of Jewish Life in Nineteenth Century Galicia (Judaism and Jewish Life)

In 1936, Joseph Margoshes (1866-1955), a writer for the New York Yiddish daily Morgen Journal, published a memoir of his youth in Austro-Hungarian Galicia entitled Erinerungen fun mayn leben. In this autobiography, he evoked a world that had been changed almost beyond recognition as a result of the First World War and was shortly to be completely obliterated by the Holocaust. In telling his story, Margoshes gives the reader important insights into the many-faceted Jewish life of Austro-Hungarian Galicia.We read of the Orthodox and the Enlightened, urban and rural life, Jews and their gentile neighbors, and much more. This book is an important evocation of an entire Jewish society and civilization and bears comparison with Yehiel Yeshaia Trunk's masterful evocation of Jewish life in Poland, Poyln.