Want to listen to the audiobook A World Without Time: The Forgotten Legacy of Godel and Einstein written by Palle Yourgrau?
MP3 Audiobook Player is here to help! 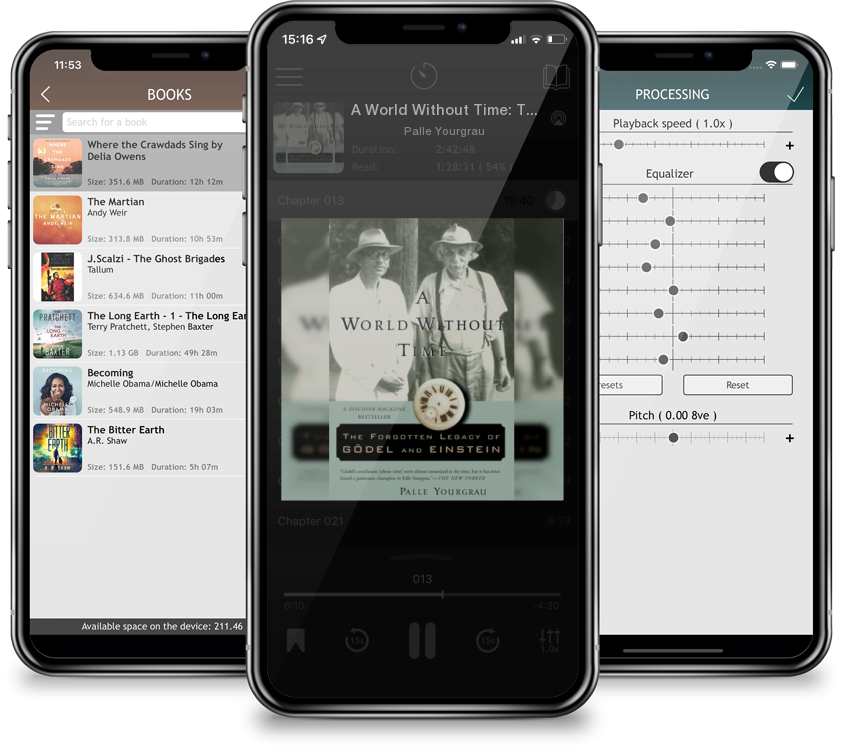 A World Without Time: The Forgotten Legacy of Godel and Einstein

It is a widely known but little considered fact that Albert Einstein and Kurt Godel were best friends for the last decade and a half of Einstein's life. The two walked home together from Princeton's Institute for Advanced Study every day; they shared ideas about physics, philosophy, politics, and the lost world of German science in which they had grown up. By 1949, Godel had produced a remarkable proof: In any universe described by the Theory of Relativity, time cannot exist . Einstein endorsed this result-reluctantly, since it decisively overthrew the classical world-view to which he was committed. But he could find no way to refute it, and in the half-century since then, neither has anyone else. Even more remarkable than this stunning discovery, however, was what happened afterward: nothing. Cosmologists and philosophers alike have proceeded with their work as if Godel's proof never existed -one of the greatest scandals of modern intellectual history. A World Without Time is a sweeping, ambitious book, and yet poignant and intimate. It tells the story of two magnificent minds put on the shelf by the scientific fashions of their day, and attempts to rescue from undeserved obscurity the brilliant work they did together.