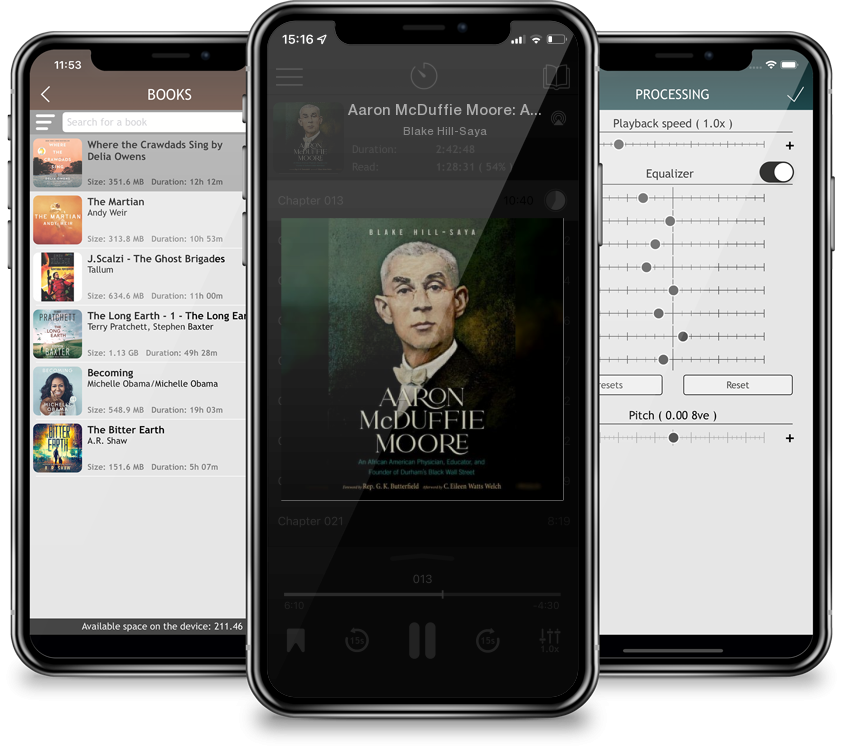 Aaron McDuffie Moore (1863-1923) was born in rural Columbus County in eastern North Carolina at the close of the Civil War. Defying the odds stacked against an African American of this era, he pursued an education, alternating between work on the family farm and attending school. Moore originally dreamed of becoming an educator and attended notable teacher training schools in the state. But later, while at Shaw University, he followed another passion and entered Leonard Medical School. Dr. Moore graduated with honors in 1888 and became the first practicing African American physician in the city of Durham, North Carolina. He went on to establish the Durham Drug Company and the Durham Colored Library; spearhead and run Lincoln Hospital, the city's first secular, freestanding African American hospital; cofound North Carolina Mutual Life Insurance Company; help launch Rosenwald schools for African American children statewide; and foster the development of Durham's Hayti community. Dr. Moore was one-third of the mighty Triumvirate alongside John Merrick and C. C. Spaulding, credited with establishing Durham as the capital of the African American middle class in the late nineteenth and early twentieth centuries and founding Durham's famed Black Wall Street. His legacy can still be seen on the city streets and country backroads today, and an examination of his life provides key insights into the history of Durham, the state, and the nation during Reconstruction and the beginning of the Jim Crow Era.