Want to listen to the audiobook About a Girl: A Mother’s Powerful Story of Raising her Transgender Child written by Rebekah Robertson?
MP3 Audiobook Player is here to help! 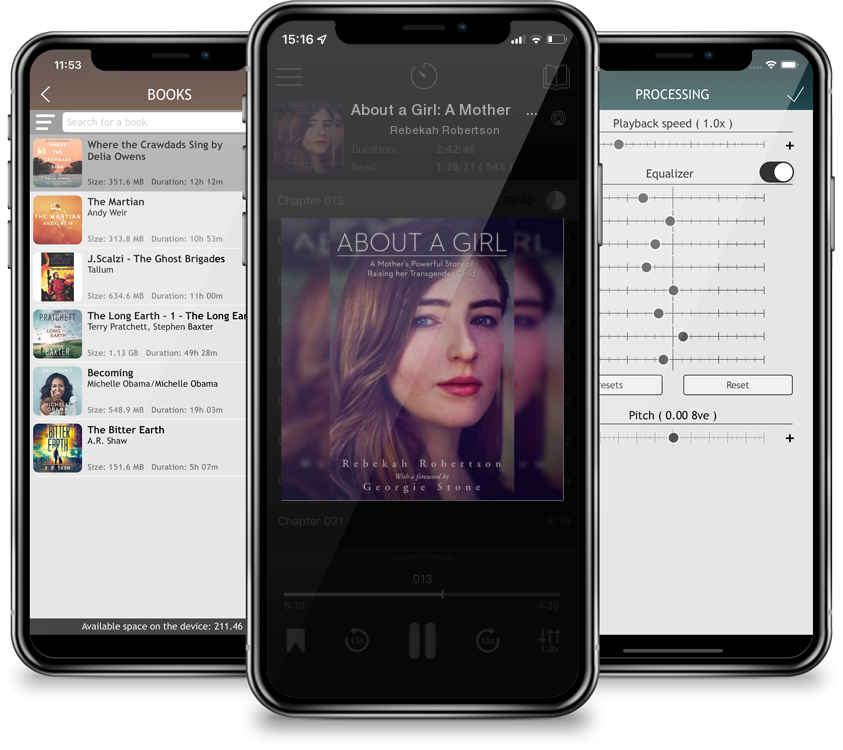 About a Girl: A Mother’s Powerful Story of Raising her Transgender Child

In 2000, Rebekah Robertson gave birth to twin boys, George and Harry. But as they grew older, their preferences began to show, and by the age of three it was clear Georgie was drawn to anything that was pretty or had a skirt that could swirl. Before long Georgie began to insist that she was a girl and became distressed that she had to hide who she really was when she started school. Soon the bullying started and she would come home in floods of tears, begging her mother to help her. Rebekah and her husband, conflicted about how to proceed and overwhelmed by fear, united in their determination to help her live freely and fearlessly. To ensure Georgie had access to medical support they sought permission for her to begin puberty-blocking medication. Their case, Re: Jamie, was the start of the long road to justice for transgender children in Australia and became the basis of the 2013 landmark decision to remove the Family Court’s jurisdiction. Georgie would go on to become one of the brightest stars of the Australian youth leadership landscape through her advocacy work. And Rebekah would found Transcend, a support network for transgender kids and their families in Australia. Part memoir and part inspirational message of hope for those navigating a similar path, About a Girl is a thought-provoking and profoundly moving true story. Above all, it is a celebration of family and the values that unite us all.