Want to listen to the audiobook About Face: The Odyssey of an American Warrior written by Col. David H. Hackworth?
MP3 Audiobook Player is here to help! 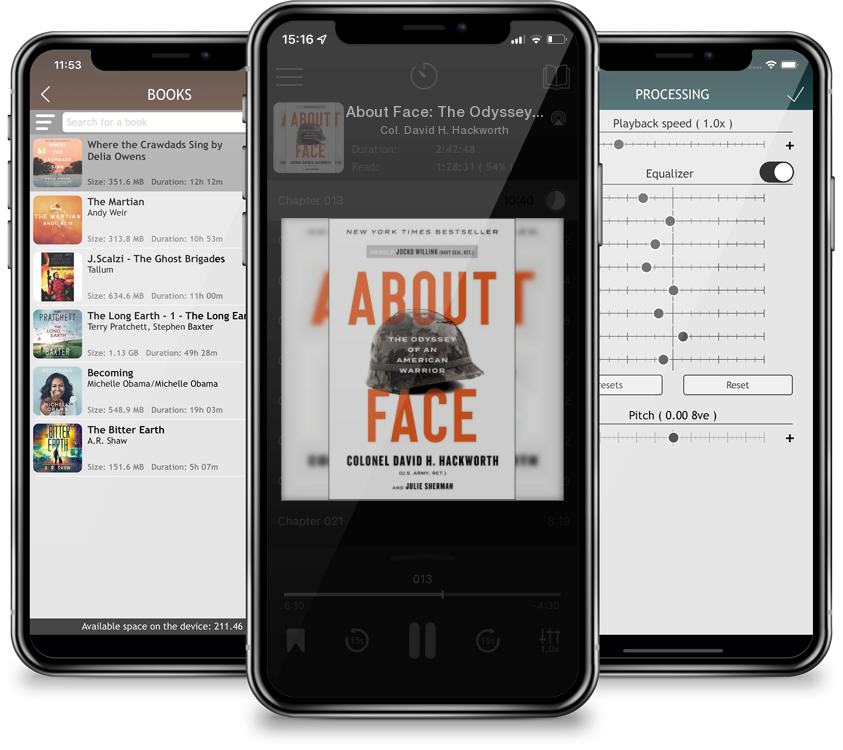 About Face: The Odyssey of an American Warrior

Called “everything a war memoir could possibly be” by The New York Times, this all-time classic of the military memoir genre now includes a new forward from bestselling author and retired Navy SEAL Jocko Willink.Whether he was fifteen years old or forty, David Hackworth devoted his life to the US Army and quickly became a living legend. However, he appeared on TV in 1971 to decry the doomed war effort in Vietnam. From Korea to Berlin and the Cuban missile crisis to Vietnam, Hackworth’s story is that of an exemplary patriot, played against the backdrop of the changing fortunes of America and the US military. This memoir is the stunning indictment of the Pentagon’s fundamental misunderstanding of the Vietnam conflict and of the bureaucracy of self-interest that fueled the war. With About Face, Hackworth has written what many Vietnam veterans have called the most important book of their generation and presents a vivid and powerful portrait of patriotism.