Want to listen to the audiobook Above the Clouds: How I Carved My Own Path to the Top of the World written by Kilian Jornet?
MP3 Audiobook Player is here to help! 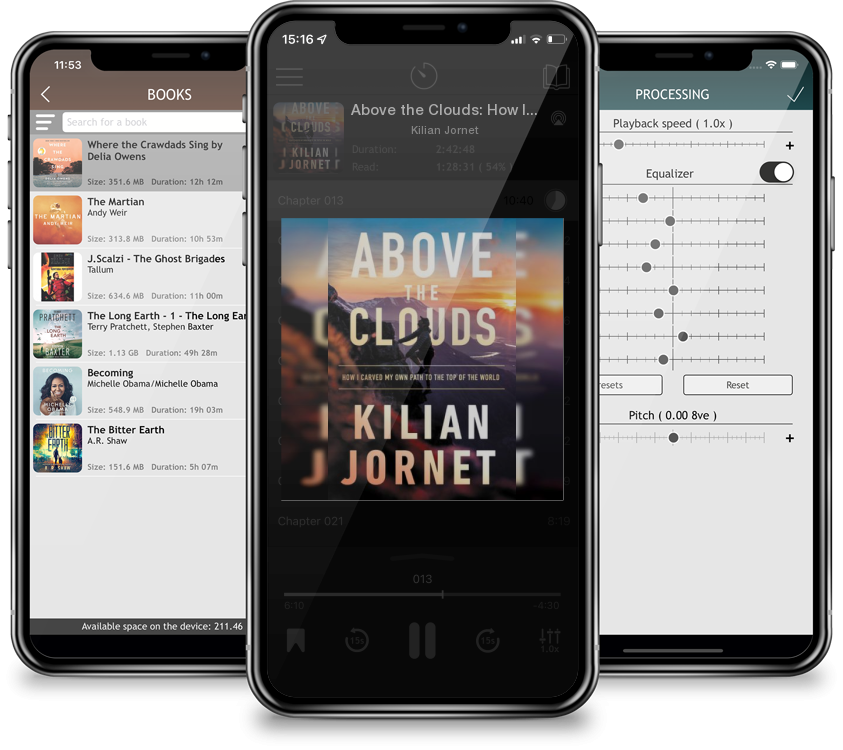 Above the Clouds: How I Carved My Own Path to the Top of the World

"Kilian Jornet is the most dominating endurance athlete of his generation."—NEW YORK TIMES"Inspiring and humbling"— ALEX HONNOLDThe most accomplished mountain runner of all time contemplates his record-breaking climbs of Mount Everest in this profound memoir—an intellectual and spiritual journey that moves from the earth’s highest peak to the soul’s deepest reaches.Kilian Jornet has broken nearly every mountaineering record in the world and twice been named National Geographic Adventurer of the Year. In 2018 he summitted Mount Everest twice in one week—without the help of bottled oxygen or ropes.As he recounts a life spent studying and ascending the greatest peaks on earth, Jornet ruminates on what he has found in nature—simplicity, freedom, and spiritual joy—and offers a poetic yet clearheaded assessment of his relationship to the mountain . . . at times his opponent, at others, his greatest inspiration.