Want to listen to the audiobook Above the Law written by Adrian Bleese?
MP3 Audiobook Player is here to help! 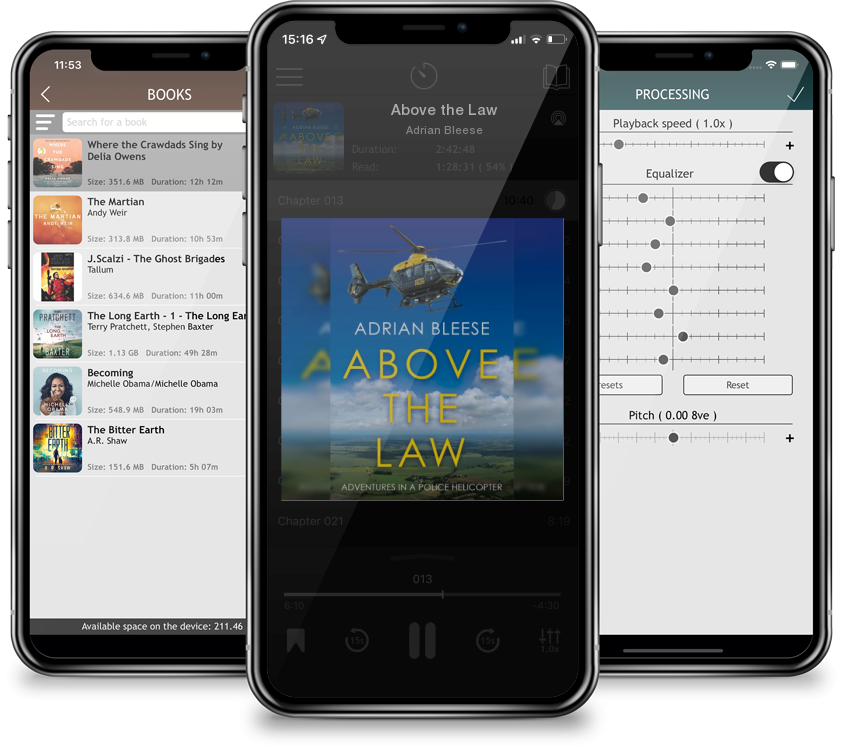 Adrian Bleese spent twelve years flying on police helicopters and attended almost 3,000 incidents as one of only a handful of civilian Air Observers working anywhere in the world. In Above The Law he recounts the most interesting, difficult, emotionally charged, funny and downright baffling highlights of his career working for Suffolk Constabulary and the National Police Air Service. The events he was involved in were often life and death or, at the very least, life-changing for those involved. From his observer’s perspective, he describes them with real compassion. While he does not shy away from tackling some of the darker sides of policing such as traffic accidents, missing persons and armed crime, this book is, above all, about helping people, about a passion for flying and for the countryside and, perhaps more than anything, about hope.