Want to listen to the audiobook After Many Days: My Life as a Spy and Other Grand Adventures written by Shirley H. Perry?
MP3 Audiobook Player is here to help! 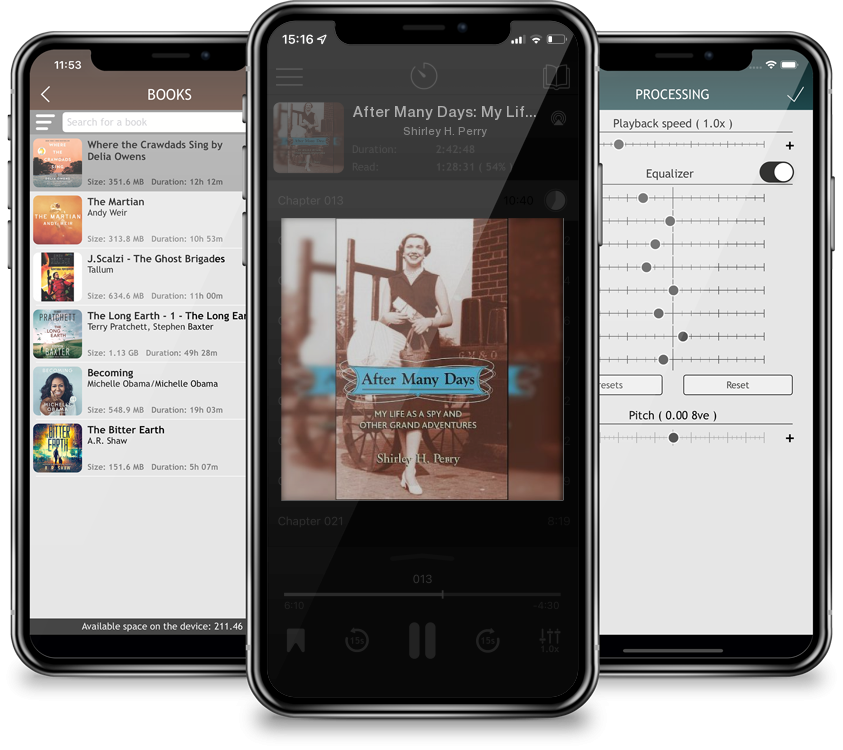 After Many Days: My Life as a Spy and Other Grand Adventures

After Many Days tells the story of Shirley H. Perry, a story that encompasses her many adventures. From her days as a CIA operative during the Cold War in Vienna to her life of intrigue behind the Iron Curtain and details of her Halliburton-inspired travels around the Middle East during that period, hers is truly a life different from the ordinary.Her post-CIA life is riveting as well. Later peregrinations with her family took her to Luxembourg City, where she founded the American School of Luxembourg, and to Toronto, where she returned to university to acquire an MBA.In the final chapters, she writes about uprooting, moving out and on to a new life full of new adventures.