Want to listen to the audiobook After The Eclipse written by Sarah Perry?
MP3 Audiobook Player is here to help! 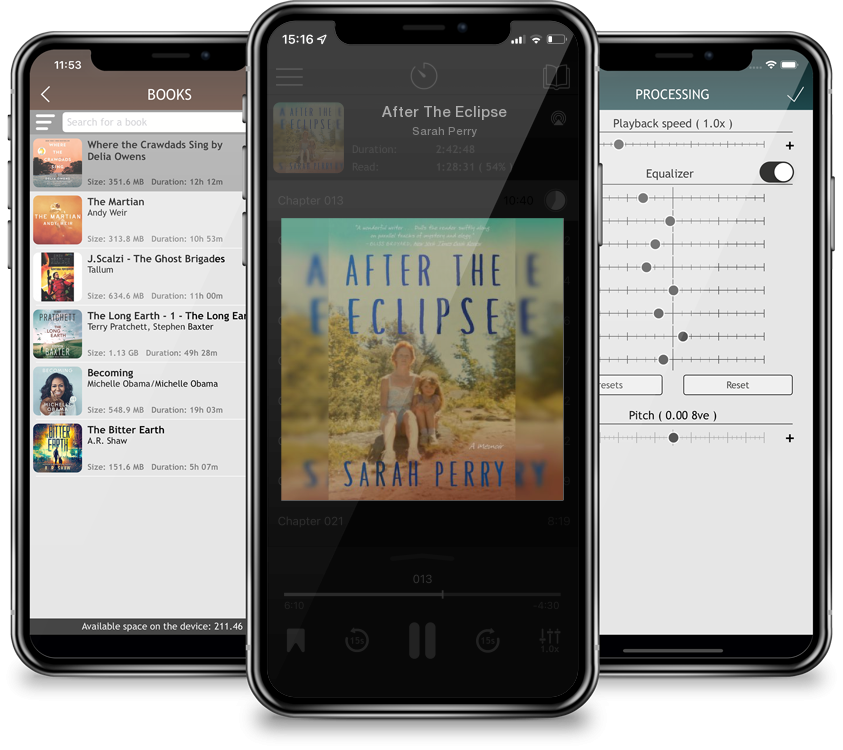 A New York Times Book Review Editors’ Choice. A fierce memoir of a mother’s murder, a daughter’s coming-of-age in the wake of immense loss, and her mission to know the woman who gave her life.When Sarah Perry was twelve, she saw a partial eclipse; she took it as a good omen for her and her mother, Crystal. But that moment of darkness foreshadowed a much larger one: two days later, Crystal was murdered in their home in rural Maine. It took twelve years to find the killer. In that time, Sarah rebuilt her life amid abandonment, police interrogations, and the exacting toll of trauma. She dreamed of a trial, but when the day came, it brought no closure. It was not her mother’s death she wanted to understand, but her life. She began her own investigation, one that drew her back to Maine, deep into the darkness of a small American town. “Pull[ing] the reader swiftly along on parallel tracks of mystery and elegy” in After the Eclipse, “Perry succeeds in restoring her mother’s humanity and her own” (The New York Times Book Review).