Want to listen to the audiobook Against The Law written by Peter Wildeblood?
MP3 Audiobook Player is here to help! 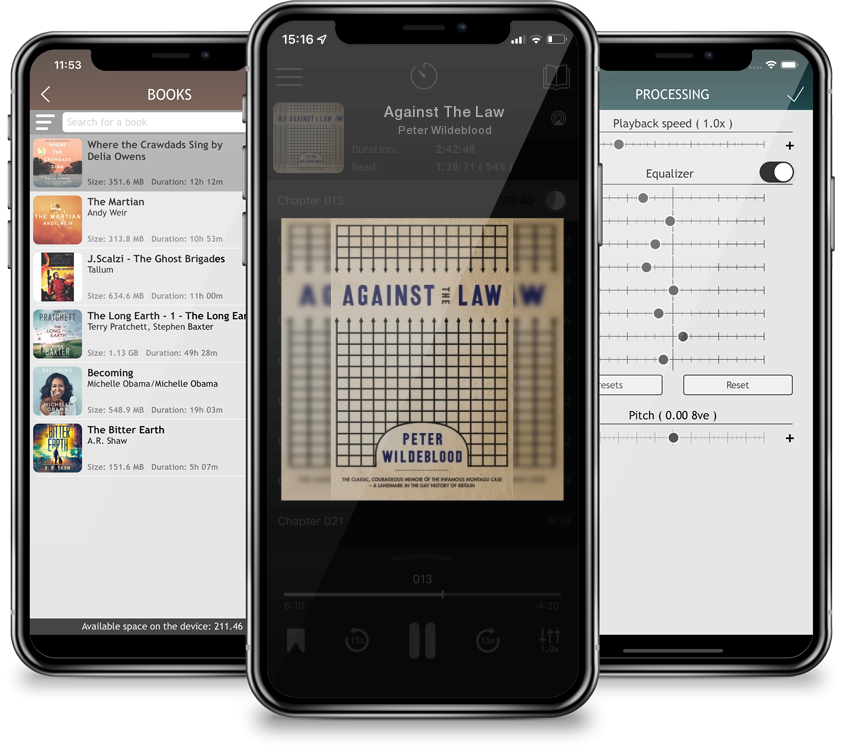 'This right which I claim for myself and for all those like me is the right to choose the person whom I love' Peter WildebloodIn March 1954 Peter Wildeblood, a London journalist, was one of five men charged with homosexual acts in the notorious Montagu case. Wildeblood was sentenced to eighteen months in prison, along with Lord Montagu and Major Michael Pitt-Rivers. The other two men were set free after turning Queen's Evidence.Against the Law tells the story of Wildeblood's childhood and schooldays, his war service, his career as a journalist, his arrest, trial and imprisonment, and finally his return to freedom. In its honesty and restraint it is eloquent testimony to the inhumanity of the treatment of gay men in Britain within living memory.