Want to listen to the audiobook Alexander Graham Bell: The Reluctant Genius and His Passion for Invention written by Charlotte Gray?
MP3 Audiobook Player is here to help! 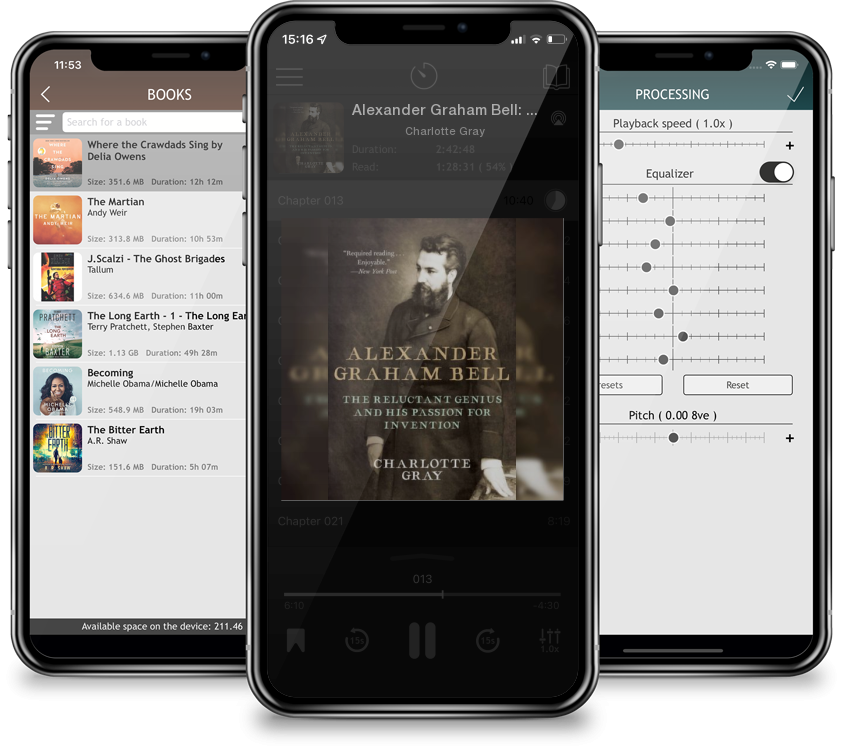 Alexander Graham Bell: The Reluctant Genius and His Passion for Invention

An essential portrait of an American giant whose innovations revolutionized the modern world. The popular image of Alexander Graham Bell is that of an elderly American patriarch, memorable only for his paunch, his Santa Claus beard, and the invention of the telephone. In this magisterial reassessment based on thorough new research, acclaimed biographer Charlotte Gray reveals Bell’s wide-ranging passion for invention and delves into the private life that supported his genius. The child of a speech therapist and a deaf mother, and possessed of superbly acute hearing, Bell developed an early interest in sound. His understanding of how sound waves might relate to electrical waves enabled him to invent the “talking telegraph” be- fore his rivals, even as he undertook a tempestuous courtship of the woman who would become his wife and mainstay. In an intensely competitive age, Bell seemed to shun fame and fortune. Yet many of his innovations—electric heating, using light to transmit sound, electronic mail, composting toilets, the artificial lung—were far ahead of their time. His pioneering ideas about sound, flight, genetics, and even the engineering of complex structures such as stadium roofs still resonate today. This edition had a new preface by the author.