Want to listen to the audiobook Alexander Hamilton: The Graphic History of an American Founding Father written by Jonathan Hennessey?
MP3 Audiobook Player is here to help! 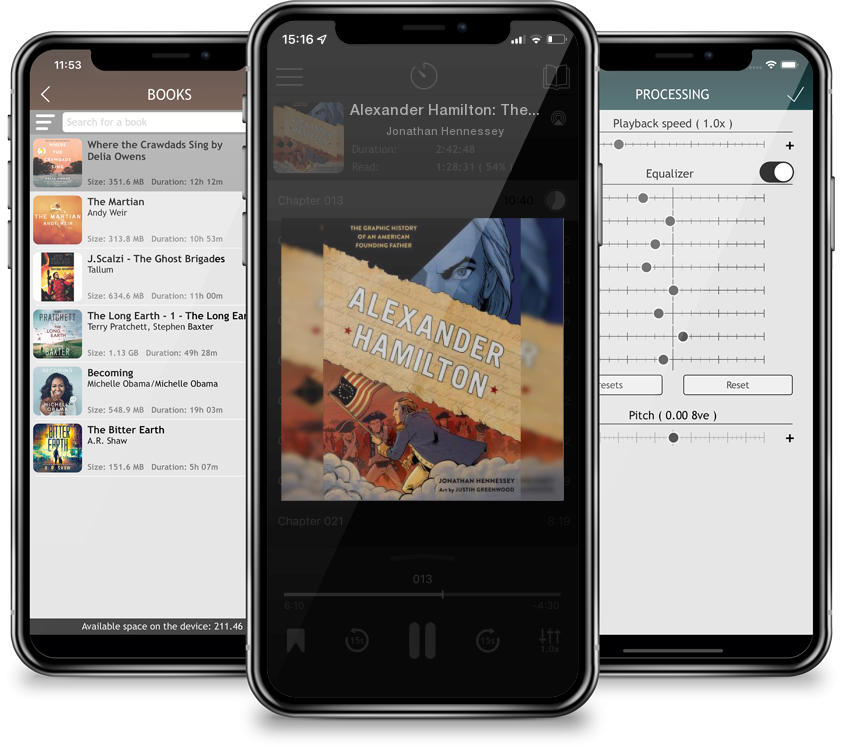 Alexander Hamilton: The Graphic History of an American Founding Father

A graphic novel biography of the American legend who inspired the hit Broadway musical Hamilton.   Alexander Hamilton was one of the most influential figures in United States history—he fought in the Revolutionary War, helped develop the Constitution, and as the first Secretary of the Treasury established landmark economic policy that we still use today. Cut down by a bullet from political rival Aaron Burr, Hamilton has since been immortalized alongside other Founding Fathers such as George Washington and Thomas Jefferson—his likeness even appears on the ten-dollar bill. In this fully-illustrated and impeccably researched graphic novel-style history, author Jonathan Hennessey and comic book illustrator Justin Greenwood bring Alexander Hamilton’s world to life, telling the story of this improbable hero who helped shape the United States of America.