Want to listen to the audiobook Alexander Wilson: The Scot Who Founded American Ornithology written by Edward H. Burtt?
MP3 Audiobook Player is here to help! 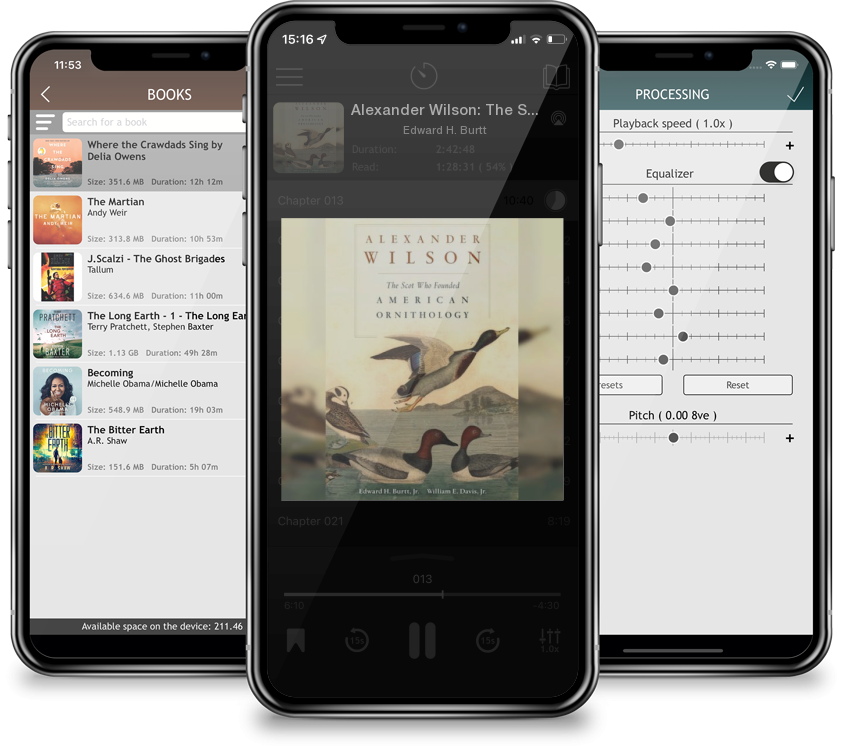 Audubon was not the father of American ornithology. That honorific belongs to Alexander Wilson, whose encyclopedic American Ornithology established a distinctive approach that emphasized the observation of live birds. In the first full-length study to reproduce all of Wilson's unpublished drawings for the nine-volume Ornithology, Edward Burtt and William Davis illustrate Wilson's pioneering and, today, underappreciated achievement as the first ornithologist to describe the birds of the North American wilderness.Abandoning early ambitions to become a poet in the mold of his countryman Robert Burns, Wilson emigrated from Scotland to settle near Philadelphia, where the botanist William Bartram encouraged his proclivity for art and natural history. Wilson traveled 12,000 miles on foot, on horseback, in a rowboat, and by stage and ship, establishing a network of observers along the way. He wrote hundreds of accounts of indigenous birds, discovered many new species, and sketched the behavior and ecology of each species he encountered.Drawing on their expertise in both science and art, Burtt and Davis show how Wilson defied eighteenth-century conventions of biological illustration by striving for realistic depiction of birds in their native habitats. He drew them in poses meant to facilitate identification, making his work the model for modern field guides and an inspiration for Audubon, Spencer Fullerton Baird, and other naturalists who followed. On the bicentennial of his death, this beautifully illustrated volume is a fitting tribute to Alexander Wilson and his unique contributions to ornithology, ecology, and the study of animal behavior.