Want to listen to the audiobook Alice Cooper, Golf Monster: A Rock 'n' Roller's Life and 12 Steps to Becoming a Golf Addict written by Alice Cooper?
MP3 Audiobook Player is here to help! 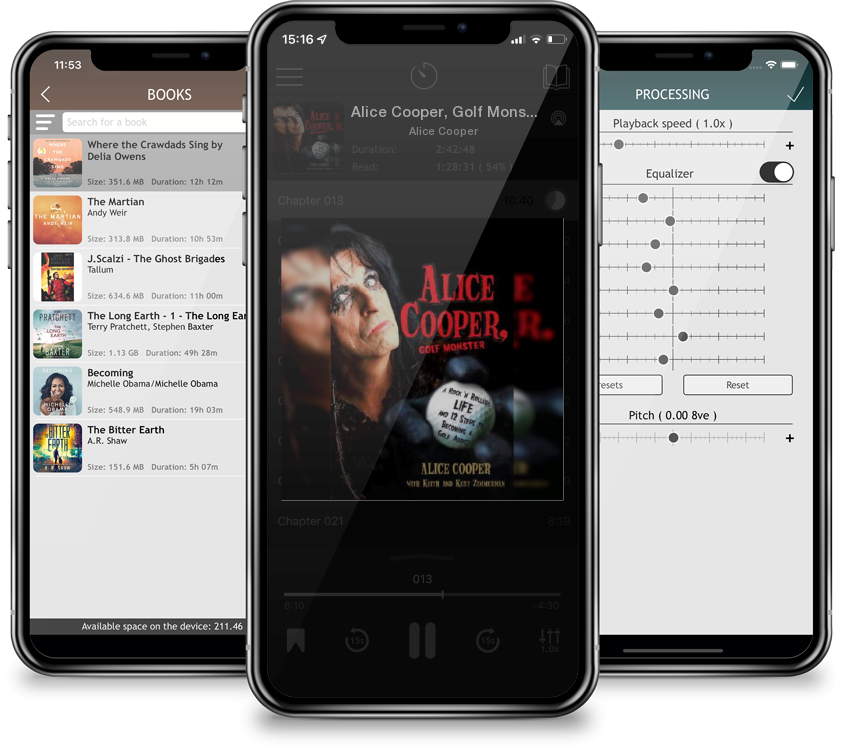 Wretched excess, rock stardom, and golf—from the man who invented shock rockIn this tell-all memoir, Alice Cooper speaks candidly about his life and career, including all the years of rock ’n’ roll history he’s been a part of, the addictions he faced, and the surprising ways he found redemption.From a childhood spent as a minister’s son worshiping baseball and rock ’n’ roll; to days on the road with his band, working to make a name for themselves; to stardom and the insanity that came with it, including a quart-of-whiskey-a-day habit; to drying out at a sanitarium back in the late ’70s, Alice Cooper paints a rich and rockin’ portrait of his life and his battle against addiction—fought by getting up daily at 7 a.m. to play 36 holes of golf. Alice tells hilarious, touching, and sometimes astounding stories about Led Zeppelin and the Doors, George Burns and Groucho Marx, John Daly and Tiger Woods . . . everyone is here from Dalí to Elvis to Arnold Palmer.Alice Cooper, Golf Monster is the incredible story of someone who rose through the rock ’n’ roll ranks releasing platinum albums and selling out arenas with his legendary act—all while becoming one of the best celebrity golfers around.