Want to listen to the audiobook Allen Iverson: Fear no One written by John N. Smallwood, Jr. Jr.?
MP3 Audiobook Player is here to help! 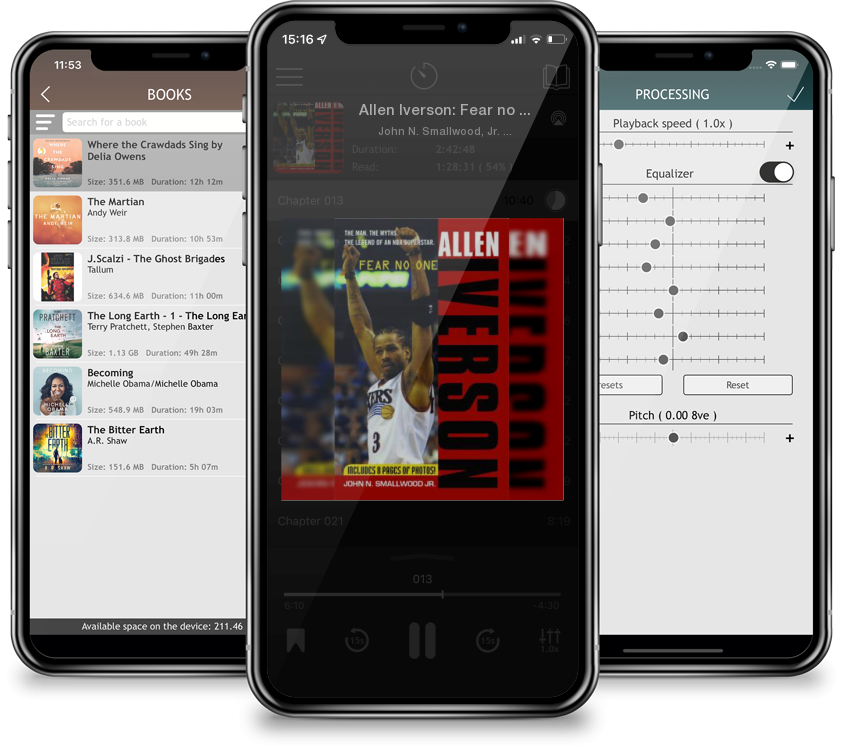 Allen Iverson: Fear no One

HE HAS TAKEN HIS GAME -- AND THE GAME -- TO A NEW LEVEL He grew up in Virginia with nothing but his talent and his heart. But he had The Plan: his never-say-die dream to become an NBA superstar. So he began his journey down a road full of obstacles. But the world underestimated Allen Iverson.... Fear No One From his first days playing college hoops...to his turbulent early years in the pros...to his leading the Philadelphia 76ers to the 2001 NBA Finals and being named league MVP, here is the real story of controversial superstar Allen Iverson. Acclaimed sports journalist John Smallwood -- who has covered Iverson extensively -- shows readers the Iverson they never knew: the boy, the man, the rapper, the player, the role model, and the icon. Get to know ALLEN IVERSON...the man behind the legend.