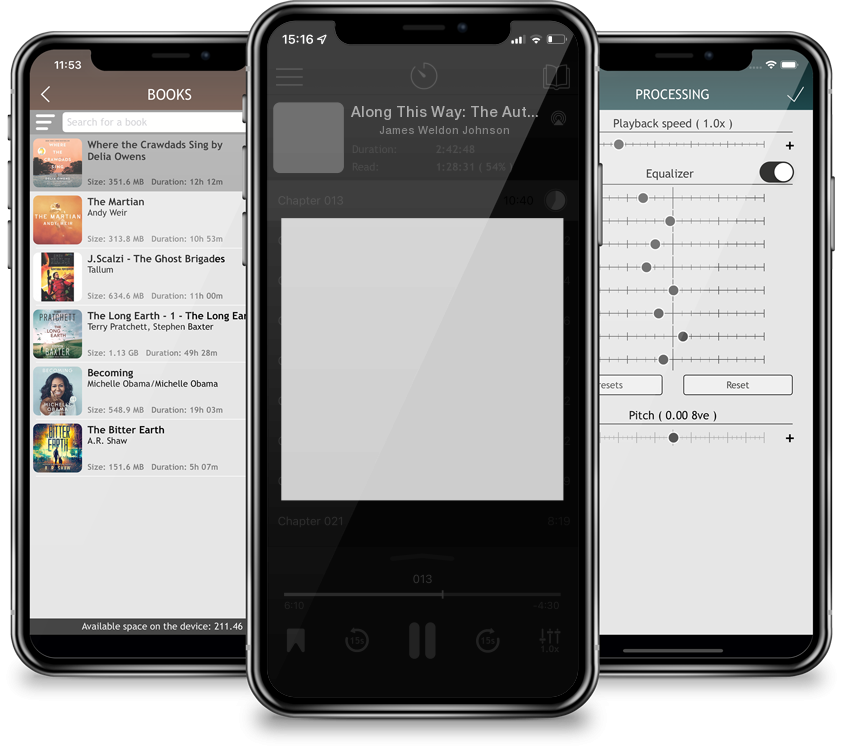 Along This Way: The Autobiography of James Weldon Johnson

The autobiography of the celebrated African American writer and civil rights activist Published just four years before his death in 1938, James Weldon Johnson's autobiography is a fascinating portrait of an African American who broke the racial divide at a time when the Harlem Renaissance had not yet begun to usher in the civil rights movement. Not only an educator, lawyer, and diplomat, Johnson was also one of the most revered leaders of his time, going on to serve as the first black president of the NAACP (which had previously been run only by whites), as well as write the groundbreaking novel The Autobiography of an Ex-Colored Man. Beginning with his birth in Jacksonville, Florida, and detailing his education, his role in the Harlem Renaissance, and his later years as a professor and civil rights reformer, Along This Way is an inspiring classic of African American literature.For more than seventy years, Penguin has been the leading publisher of classic literature in the English-speaking world. With more than 1,700 titles, Penguin Classics represents a global bookshelf of the best works throughout history and across genres and disciplines. Readers trust the series to provide authoritative texts enhanced by introductions and notes by distinguished scholars and contemporary authors, as well as up-to-date translations by award-winning translators.