Want to listen to the audiobook An Open Book: Chapters fom a Reader's Life written by Michael Dirda?
MP3 Audiobook Player is here to help! 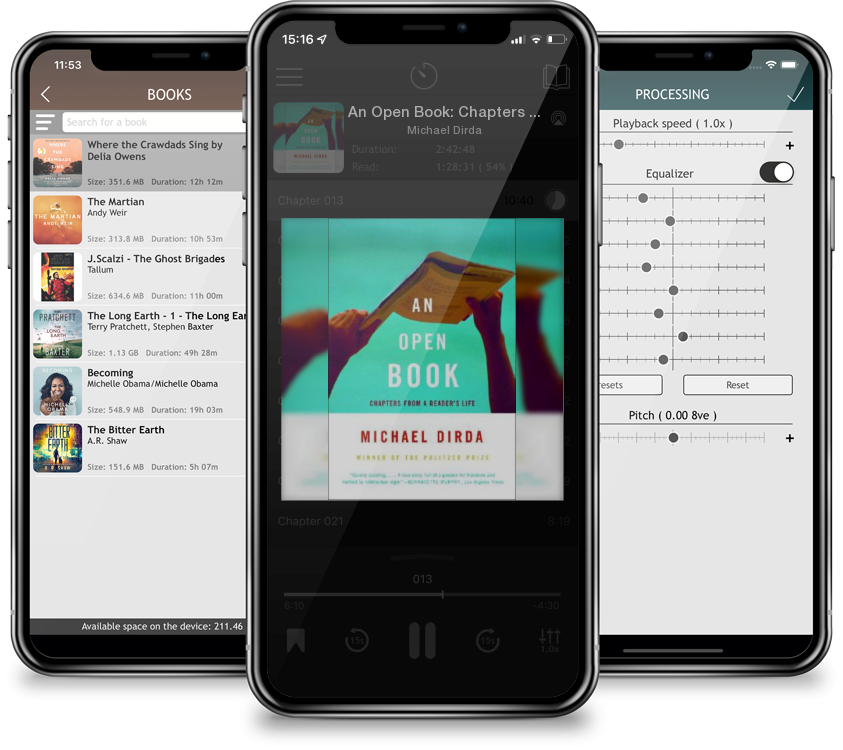 "A love story, full of a passion for literature and marked by intellectual vigor."—Bernadette Murphy, Los Angeles Times "All that kid wants to do is stick his nose in a book," Michael Dirda's steelworker father used to complain, worried about his son's passion for reading. In An Open Book, one of the most delightful memoirs to emerge in years, the acclaimed literary journalist Michael Dirda re-creates his boyhood in rust-belt Ohio, first in the working-class town of Lorain, then at Oberlin College. In addition to his colorful family and friends, An Open Book also features the great writers and fictional characters who fueled Dirda's imagination: from Green Lantern to Sherlock Holmes, from Candy to Proust. The result is an affectionate homage to small-town America—summer jobs, school fights, sweepstakes contests, and first dates—as well as a paean to what could arguably be called the last great age of reading. "Dirda is a superb literary essayist."—Harold Bloom "Michael Dirda's memoir—no surprise to me—is so good that I went up to the attic meaning to send him one of my antique Big Little books as a salute to excellence...A great job. I'll be buying An Open Book for my children and grandchildren."—Russell Baker, author of Growing Up "Here, in An Open Book, is the show and tell of a wonderful American story, everything coming together in the immemorial dance of literature and memory, of history and gossip, and of the deeply felt, bittersweet story (his own) of a young life. Read it and rejoice."—George Garrett "A lovely, unapologetically nostalgic remembrance of growing up in a more innocent America, but it is also the touching story of one person's lifelong love affair with words."—June Sawyer, San Francisco Chronicle "Dirda inhabits each book he reads. Inhabits it—and makes a space alongside it for us to join him....He is a rare treasure."—James Sallis, Boston Sunday Globe