Want to listen to the audiobook And Then I Danced: Traveling the Road to LGBT Equality written by Mark Segal?
MP3 Audiobook Player is here to help! 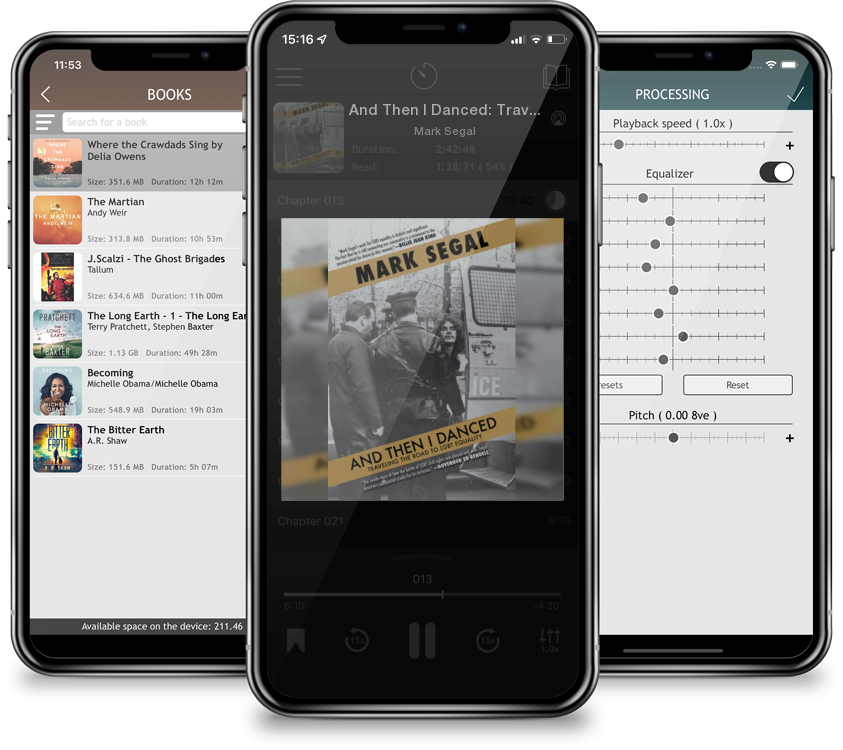 And Then I Danced: Traveling the Road to LGBT Equality

A] swiftly written debut memoir... Segal] vividly describes his firsthand experience as a teenager inside the Stonewall bar during the historic riots, his participation with the Gay Liberation Front, and amusing encounters with Elton John and Patti LaBelle....A jovial yet passionately delivered self-portrait inspiring awareness about LGBT history from one of the movement's true pioneers.--Kirkus ReviewsWith great verve and spirit, Segal has rendered a lively and dramatic memoir of the early days of the gay rights struggle; the infighting over strategies and objectives; the long, hard road of progress; and a look at the challenges still ahead.--BooklistThe reader can clearly see how Segal's fearless determination, cheerful tenacity, and refusal to attack his opponents made him a power broker in Philadelphia and a leading advocate on the national level. Segal fills his book with worthy stories...funny anecdotes and heart.--Publishers WeeklyThe stories are interesting, unexpected, and witty.--Library JournalActivist Mark Segal who was present at Stonewall and later went on to found the Philadelphia Gay News was a featured judge at Miss'd America and the recipient of a lifetime achievement award the night of the pageant. In his new Memoir And Then I Danced: Traveling the Road to LGBT Equality, he writes about how he was kicked off a television show in the 1970s called Summertime on the Pier because he was dancing with another man, but four decades later, he cut a rug with his husband Jason Villemez while the Marine Corps Band played Barbra Streisand at the White House's first ever Gay Pride reception hosted by President Obama.--Huffington PostA historic memoir, chronicling Mark's] life in the LGBT political scene in Philadelphia....Segal also presents his personal and family life in a warm, engaging matter and this writing extends to his interactions with public figures.--Huffington Post, Living History: Three Books to Find Yourself InMuch this book focuses on his work, but the more telling pages are filled with love gained and lost, raising other people's children, finding himself, and aging in the gay community. A must-read.--The Advocate, 30 Best Books You Missed in 2015Read about Stonewall from someone who was there: Segal moved to New York just in time to participate in the movement, and began a long and storied career as an activist during the riots.--New York Public Library, included in the Love & Resistance: LGBTQ Memoirs listA conversational, nicely constructed combination autobiography and history lesson that recounts Segal's contribution to LGBT activism, from his early days as a member of the Gay Liberation Front in New York to his stewardship of a successful weekly newspaper.--Philadelphia InquirerOn December 11, 1973, Mark Segal disrupted a live broadcast of the CBS Evening News when he sat on the desk directly between the camera and news anchor Walter Cronkite, yelling, Gays protest CBS prejudice He was wrestled to the studio floor by the stagehands on live national television, thus ending LGBT invisibility. But this one victory left many more battles to fight, and creativity was required to find a way to challenge stereotypes surrounding the LGBT community. Mark Segal's job, as he saw it, was to show the nation who gay people are: our sons, daughters, fathers, and mothers.Because of activists like Mark Segal, whose life work is dramatically detailed in this poignant and important memoir, today there are openly LGBT people working in the White House and throughout corporate America. An entire community of gay world citizens is now finding the voice that they need to become visible.