Want to listen to the audiobook Arctic Son: Fulfilling the Dream written by Jean Aspen?
MP3 Audiobook Player is here to help! 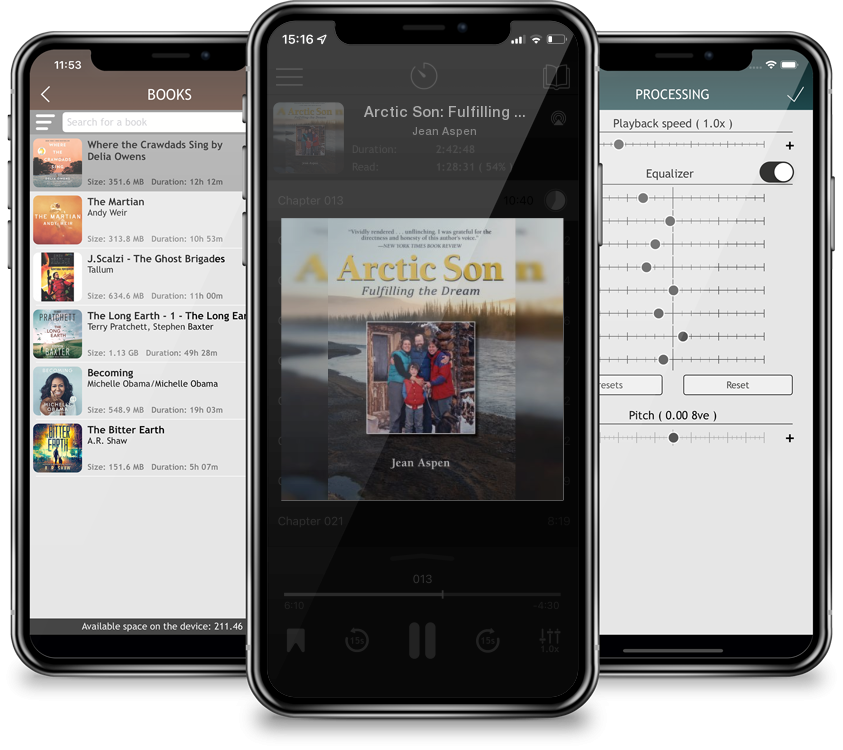 The chronicle of a family's first year alone in Alaskan wilderness, here is a poetic exploration into what we value in life. In 1992 Jean Aspen took her husband, Tom, and their young son to live in Alaska's interior mountains where they built a cabin from logs, hunted for food, and let the vast beauty of the Arctic close around them. Jean had faced Alaska's wilderness alone before in a life-altering experience she shared in Arctic Daughter. Cut off from the rest of the world for more than a year, now her family would discover strength and beauty in their daily lives. They candidly filmed themselves and later produced a companion documentary, ARCTIC SON: Fulfilling the Dream, which shows on PBS stations across the nation.From an encounter with a grizzly bear at arm's length to a challenging six-hundred-mile river passage back to civilization, Arctic Son chronicles fourteen remarkable months alone in the Brooks Range. At once a portrait of courage, a lyrical odyssey, and authentic adventure, this is a family's extraordinary journey into America's last frontier.