Want to listen to the audiobook Arthashastra, or, The Playbook of Material Gain (Annotated): A 2,300-year-old guide on politics, statecraft and power written by R. Shamasastry?
MP3 Audiobook Player is here to help! 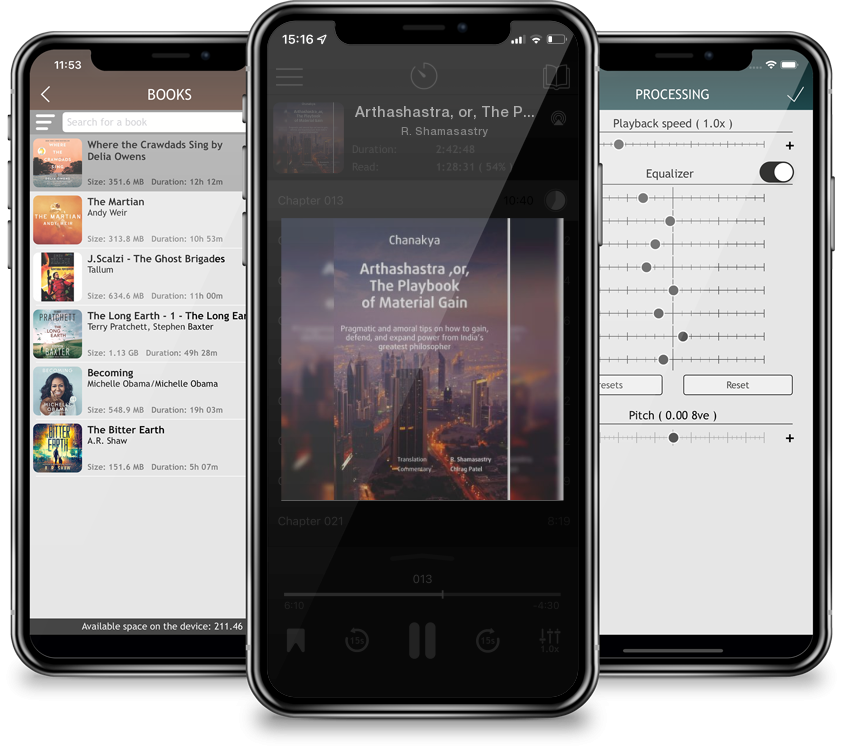 Arthashastra, or, The Playbook of Material Gain (Annotated): A 2,300-year-old guide on politics, statecraft and power

Truly radical "Machiavellianism", in the popular sense of that word, is classically expressed in Indian literature in the Arthashastra of Kautilya (written long before the birth of Christ, ostensibly in the time of Chandragupta): compared to it, Machiavelli's The Prince is harmless.-Max Weber, Politics as a Vocation (1919)Chanakya's treatise, written while turning a farmhand into the emperor of the largest empire India had ever seen, focuses on how to manage an empire, covering everything from domestic policy and personal rights to assassination and the dirtier arts of politics. This is not, as with Plato's Republic, a work of theory.Chanakya's guidance is entirely practical, and is based on both his education and his experience building an empire. It lacks the philosophical ponderings and moralizing of its equivalent Western works (such as The Prince, The Republic or Leviathan) and instead focuses on how one deals with the messiness of the world in practice.People will occasionally refer to Chanakya as an Indian Machiavelli, but this does some discredit to Chanakya. The Prince is a satire, and focused around exposing the tactics and inhumanity of Cesare Borgia. Arthashastra is a manual for every aspect of statecraft, and while it deals in the unethical it does so only because that is, after all is said and done, one of the options available to a ruler.If you're after a totally pragmatic analysis of leadership, stripped of moralising and focused on what works and how to deal with real-world issues, this is the book for you.