Want to listen to the audiobook As Consciousness Is Harnessed to Flesh: Journals and Notebooks, 1964-1980 written by Susan Sontag?
MP3 Audiobook Player is here to help! 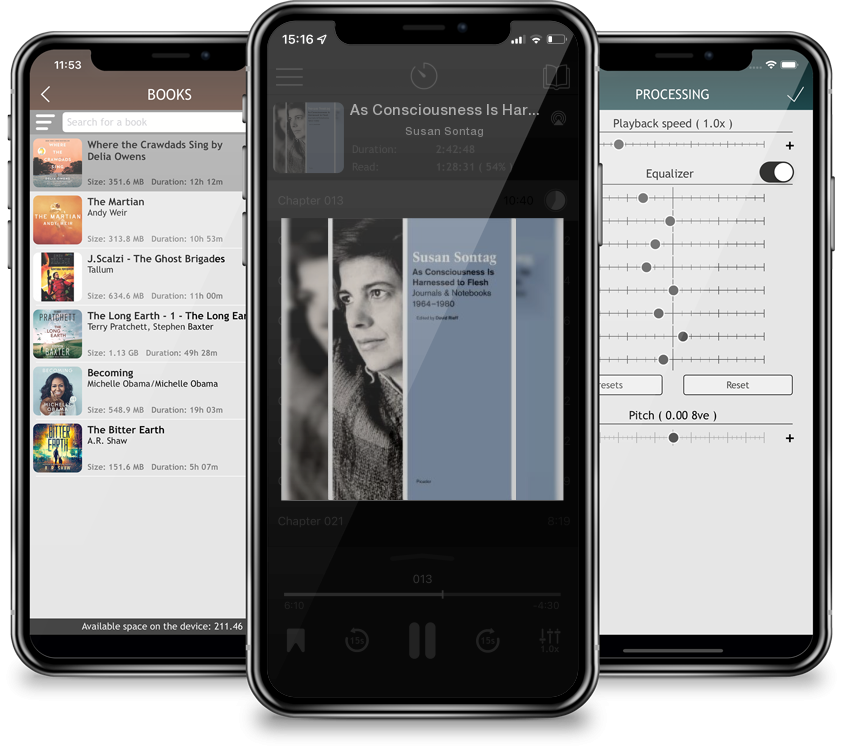 As Consciousness Is Harnessed to Flesh: Journals and Notebooks, 1964-1980

A Financial Times Best Book of 2012 From the turbulent years of her trip to Hanoi at the peak of the Vietnam War to her time making films in Sweden and up to the eve of the 1980 election, As Consciousness Is Harnessed to Flesh documents the evolution of an extraordinary mind. The 1966 publication of Against Interpretation propelled Susan Sontag from the periphery of New York City's artistic and intellectual milieu into the international spotlight, solidifying her place as a dominant force in the world of ideas. These entries are an invaluable record of the inner workings of one of the most inquisitive and analytical thinkers of the twentieth century.