Want to listen to the audiobook Audacious Scoundrels: Stories of the Wicked West written by Steven L. Piott?
MP3 Audiobook Player is here to help! 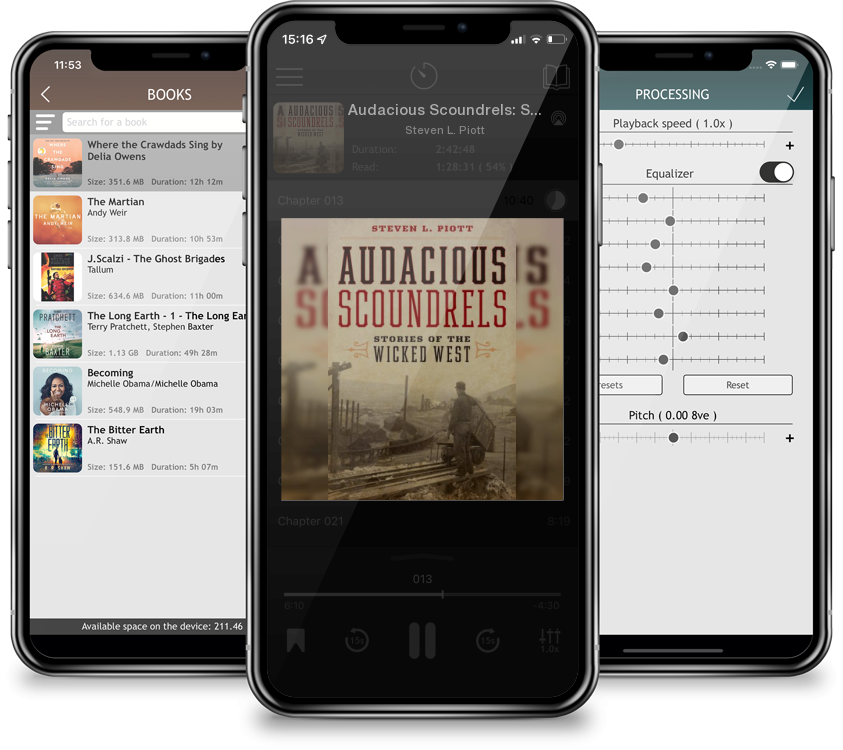 During the late-nineteenth and early-twentieth century a growing number of ordinary citizens had the feeling that all was not as it should be. Men who were making money made prodigious amounts, but this new wealth somehow passed over the heads of the common people. As this new breed of journalists began to examine their subjects with scrutiny, they soon discovered that those individuals were essentially "simple men of extraordinary boldness." And it was easy to understand how they were able to accomplish their sinister purposes: "at first abruptly and bluntly, by asking and giving no quarter, and later with the same old determination and ruthlessness but with educated satellites who were glad to explain and idealize their behavior." i] "Nothing is lost save honor," said one infamous buccaneer, and that was an attitude that governed the amoral principles and extralegal actions of many audacious scoundrels. Relying on secondary sources, magazine and newspaper articles, and personal accounts from those involved, this volume captures some of the sensational true stories that took place in the western United States during the late-nineteenth and early-twentieth century. The theme that runs through each of the stories is the general contempt for the law that seemed to pervade the culture at the time and the consuming desire to acquire wealth at any cost-what Geoffrey C. Ward has called "the disposition to be rich." ------------------------------------------------------------ End Notes Introduction i]Louis Filler, Crusaders for American Liberalism (Yellow Springs, OH: Antioch Press, 1964), 14.