Want to listen to the audiobook Back to Japan: The Life and Art of Master Kimono Painter Kunihiko Moriguchi written by Marc Petitjean?
MP3 Audiobook Player is here to help! 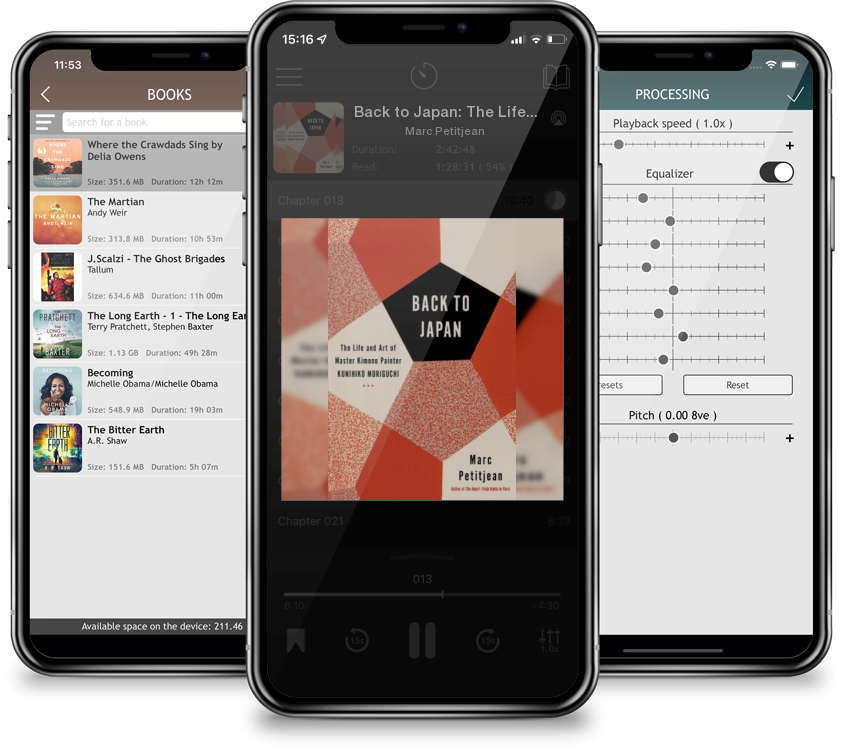 Back to Japan: The Life and Art of Master Kimono Painter Kunihiko Moriguchi

Bustle: Best Book of the Month From the critically acclaimed author of The Heart: Frida Kahlo in Paris, a fascinating, intimate portrait of one of Japan’s most influential and respected textile artists. Writer, filmmaker, and photographer Marc Petitjean finds himself in Kyoto one fine morning with his camera, to film a man who will become his friend: Kunihiko Moriguchi, a master kimono painter and Living National Treasure—like his father before him. As a young decorative arts student in the 1960s, Moriguchi rubbed shoulders with the cultural elite of Paris and befriended Balthus, who would profoundly influence his artistic career. Discouraged by Balthus from pursuing design in Europe, he returned to Japan to take up his father’s vocation. Once back in this world of tradition he had tried to escape, Moriguchi contemporized the craft of Yūzen (resist dyeing) through his innovative use of abstraction in patterns. With a documentarian’s keen eye, Petitjean retraces Moriguchi’s remarkable life, from his childhood during the turbulent 1940s and 50s marked by war, to his prime as an artist with works exhibited in the most prestigious museums in the world.