Want to listen to the audiobook Bad Boy: My Life On and Off the Canvas written by Eric Fischl?
MP3 Audiobook Player is here to help! 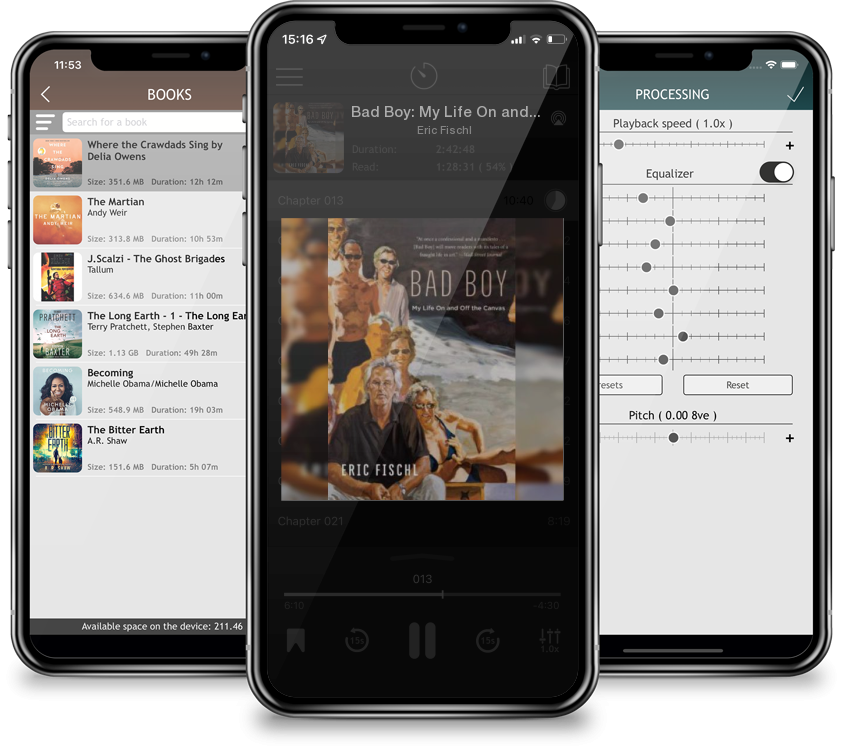 Bad Boy: My Life On and Off the Canvas

In Bad Boy, renowned American artist Eric Fischl has written a penetrating exploration of his coming of age as an artist and his search for a fresh narrative style in the highly charged and competitive New York art world in the 1970s and ’80s. With such notorious and controversial paintings as Bad Boy and Sleepwalker, Fischl joined the front ranks of America artists, in a high-octane downtown art scene that included Andy Warhol, David Salle, Julian Schnabel, and others. It was a world of fashion, fame, cocaine and alcohol that for a time threatened to undermine all that Fischl had achieved.Fischl rebelled against the conceptual and minimalist art that was in fashion at the time to paint compelling portraits of everyday people that captured the unspoken tensions in their lives. Bad Boy candidly follows Fischl’s maturation both as an artist and sculptor, the impact of his dysfunctional family on his art, and his inevitable fall from grace as a new generation of artists takes center stage, and he is forced to grapple with his legacy and place among museums and collectors who paid millions of dollars for his canvases. Beautifully written, and as courageously revealing as his most provocative paintings, Bad Boy takes the reader on a roller coaster ride through the passion and politics of the art world as it has rarely been seen before.Skyhorse Publishing, along with our Arcade, Good Books, Sports Publishing, and Yucca imprints, is proud to publish a broad range of biographies, autobiographies, and memoirs. Our list includes biographies on well-known historical figures like Benjamin Franklin, Nelson Mandela, and Alexander Graham Bell, as well as villains from history, such as Heinrich Himmler, John Wayne Gacy, and O. J. Simpson. We have also published survivor stories of World War II, memoirs about overcoming adversity, first-hand tales of adventure, and much more. While not every title we publish becomes a New York Times bestseller or a national bestseller, we are committed to books on subjects that are sometimes overlooked and to authors whose work might not otherwise find a home.