Want to listen to the audiobook Bad Lawyer: A Memoir of Law and Disorder written by Anna Dorn?
MP3 Audiobook Player is here to help! 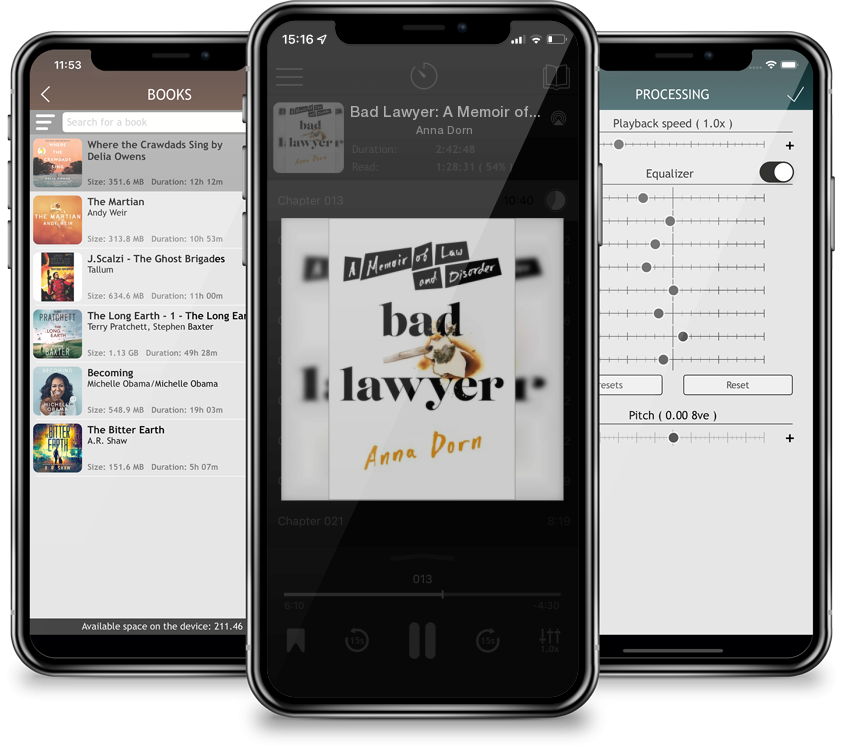 Bad Lawyer: A Memoir of Law and Disorder

Law school was never Anna Dorn's dream. It was a profession pushed on her by her parents, teachers, society... whatever. It's not the worst thing that can happen to a person; as Dorn says, law school was pretty "cushy" and mostly entailed wearing leggings every day to her classes at Berkeley and playing beer pong with her friends at night. The hardest part was imagining what it would be like to actually be a lawyer one day. But then she'd think of Glenn Close on Damages and Reese Witherspoon in Legally Blonde, and hoped for the best.After graduation, however, Dorn realized that there was nothing sexy about being a lawyer. Between the unflattering suits, sucking up to old men, and spending her days sequestered in a soul-sucking cubicle, Dorn quickly learned that being a lawyer wasn't everything Hollywood made it out to be. Oh, and she sucked at it. Not because she wasn't smart enough, but because she couldn't get herself to care enough to play by the rules.Bad Lawyer is more than just a memoir of Dorn's experiences as a less-than-stellar lawyer; it's about the less-than-stellar legal reality that exists for all of us in this country, hidden just out of sight. It's about prosecutors lying and filing inane briefs that lack any semblance of logic or reason; it's about defense attorneys sworn to secrecy-until the drinks come out and the stories start flying; and it's about judges who drink in their chambers, sexually harass the younger clerks, and shop on eBay instead of listening to homicide testimony. More than anything, this book aims to counteract the fetishization of the law as a universe based entirely on logic and reason. Exposing everything from law school to law in the media, and drawing on Dorn's personal experiences as well as her journalistic research, Bad Lawyer ultimately provides us with a fresh perspective on our justice system and the people in it, and gives young lawyers advice going forward into the 21st century.