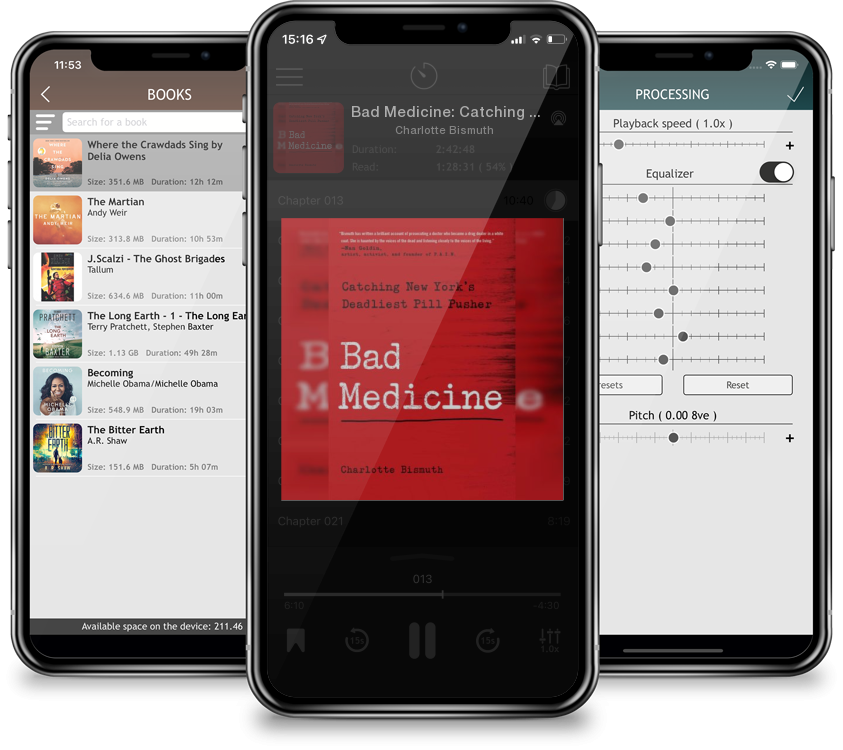 “Charlotte Bismuth gives us a bold and cinematic true crime story about her work at the intersection of medicine and greed. Bad Medicine is a gripping memoir that toggles deftly between the personal and prosecutorial.” —Beth Macy, New York Times bestselling author of Dopesick “Bismuth has written a brilliant account of prosecuting a doctor who became a drug dealer in a white coat. She is haunted by the voices of the dead and listening closely to the voices of the living.” —Nan Goldin, artist, activist, and founder of P.A.I.N. “Bad Medicine is a taut exploration of America’s deadly battle with opioid addiction—an unnerving and inspirational firecracker of a book.” —Karen Abbott, New York Times bestselling author of The Ghosts of Eden Park For fans of Dopesick and Bad Blood, the shocking story of New York’s most infamous pill-pushing doctor, written by the prosecutor who brought him down.In 2010, a brave whistleblower alerted the police to Dr. Stan Li’s corrupt pain management clinic in Queens, New York. Li spent years supplying more than seventy patients a day with oxycodone and Xanax, trading prescriptions for cash. Emergency room doctors, psychiatrists, and desperate family members warned him that his patients were at risk of death but he would not stop. In Bad Medicine, former prosecutor Charlotte Bismuth meticulously recounts the jaw dropping details of this criminal case that would span four years, culminating in a landmark trial. As a new assistant district attorney and single mother, Bismuth worked tirelessly with her team to bring Dr. Li to justice. Bad Medicine is a chilling story of corruption and greed and an important look at the role individual doctors play in America’s opioid epidemic.