Want to listen to the audiobook Barkskins: A Novel written by Annie Proulx?
MP3 Audiobook Player is here to help! 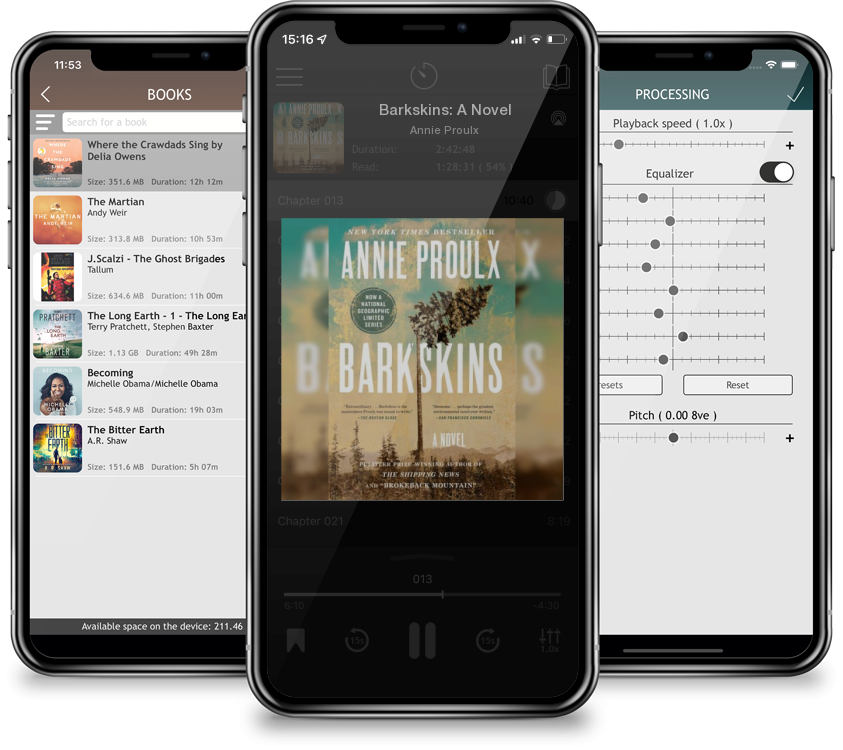 Now a television mini-series airing on National Geographic May 2020! A Washington Post Best Book of the Year & a New York Times Notable Book From the Pulitzer Prize–­­winning author of The Shipping News and “Brokeback Mountain,” comes the New York Times bestselling epic about the demise of the world’s forests: “Barkskins is grand entertainment in the tradition of Dickens and Tolstoy…the crowning achievement of Annie Proulx’s distinguished career, but also perhaps the greatest environmental novel ever written” (San Francisco Chronicle).In the late seventeenth century two young Frenchmen, René Sel and Charles Duquet, arrive in New France. Bound to a feudal lord for three years in exchange for land, they become wood-cutters—barkskins. René suffers extraordinary hardship, oppressed by the forest he is charged with clearing. He is forced to marry a native woman and their descendants live trapped between two cultures. But Duquet runs away, becomes a fur trader, then sets up a timber business. Annie Proulx tells the stories of the descendants of Sel and Duquet over three hundred years—their travels across North America, to Europe, China, and New Zealand—the revenge of rivals, accidents, pestilence, Indian attacks, and cultural annihilation. Over and over, they seize what they can of a presumed infinite resource, leaving the modern-day characters face to face with possible ecological collapse. “A stunning, bracing, full-tilt ride through three hundred years of US and Canadian history…with the type of full-immersion plot that keeps you curled in your chair, reluctant to stop reading” (Elle), Barkskins showcases Proulx’s inimitable genius of creating characters who are so vivid that we follow them with fierce attention. “This is Proulx at the height of her powers as an irreplaceable American voice” (Entertainment Weekly, Grade A), and Barkskins “is an awesome monument of a book” (The Washington Post)—“the masterpiece she was meant to write” (The Boston Globe). As Anthony Doerr says, “This magnificent novel possesses the dark humor of The Shipping News and the social awareness of ‘Brokeback Mountain.’”