Want to listen to the audiobook Barnum's Own Story: The Autobiography of P. T. Barnum written by P. T. Barnum?
MP3 Audiobook Player is here to help! 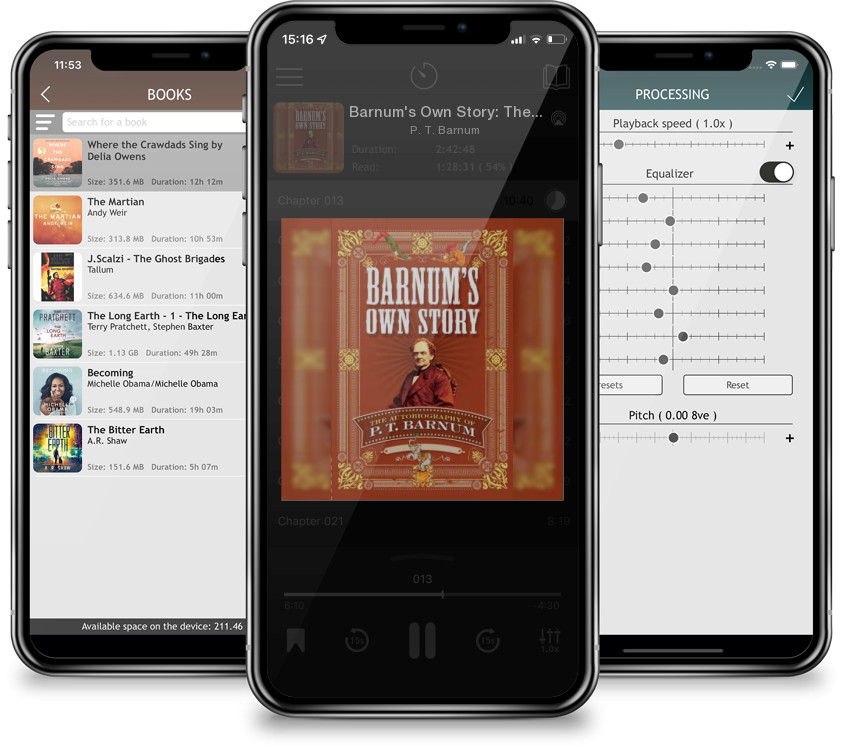 Barnum's Own Story: The Autobiography of P. T. Barnum

P. T. Barnum's career of showmanship and charlatanry was marked by a surprising undercurrent of honesty and forthrightness. His exuberant autobiography forms a happy combination of all those traits, revealing the whole story of his world-famous hoaxes and publicity stunts. Here is a pageant of nineteenth-century America's gullibility and thirst for marvels, as told by the master of revels himself.A born storyteller, Barnum recalls his association with Tom Thumb, his audience with Queen Victoria, and his trouble keeping Jenny Lind's angelic image intact during a trying tour. He tells of Jumbo, the most famous elephant in history, from the creature's heroic arrival in America to its tragic death in a railroad accident; of his attempts to transfer Shakespeare's house and Madame Tussaud's Waxworks from England to New York; and of his triumphant reentry into public life after financial failure and five disastrous fires had all but wiped him out. The true-life tale of a man of boundless imagination and indomitable energy, Barnum's autobiography embodies the spirit of America's most exciting boom years.