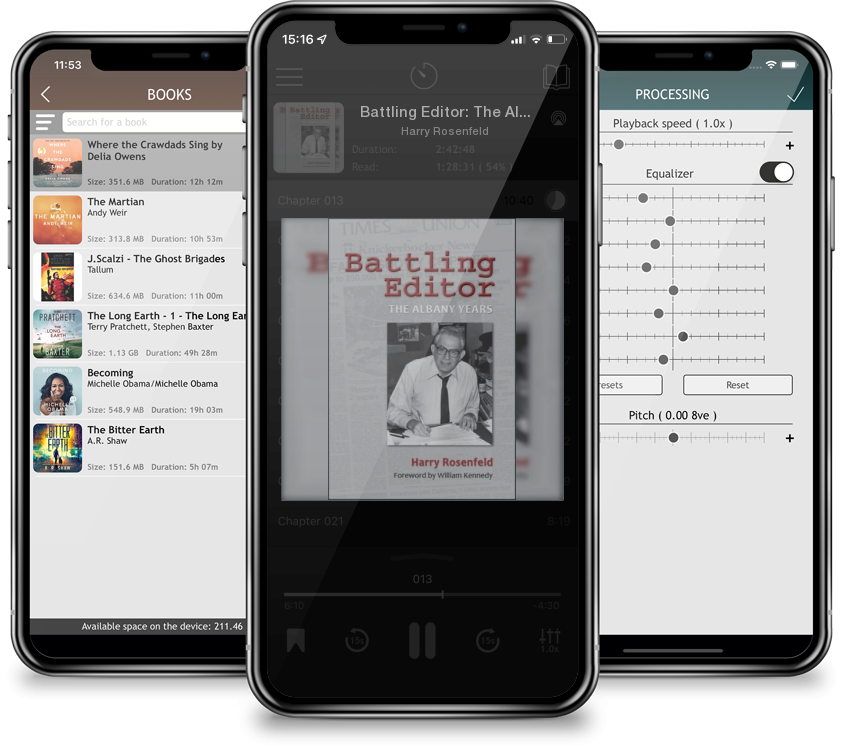 In 1978, Harry Rosenfeld left the Washington Post, where he oversaw the paper's standard-setting coverage of Watergate, to take charge of two daily papers under co-ownership in Albany, New York: the morning Times Union and the evening Knickerbocker News. It was a particularly challenging moment in newspaper history. While new technologies were reducing labor costs on the production side and providing ever more sophisticated tools for journalists to practice their craft, those very same technologies would soon turn a comparatively short-lived boom into a grave threat, as ever more digitally distracted readers turned to sources other than print and other legacy media for their news. Between these boundaries, Rosenfeld set about to do his work. Picking up where his previous memoir, From Kristallnacht to Watergate, left off, Battling Editor tells the story of how Rosenfeld and his colleagues transformed two daily publications into alert and aggressive newspapers even in times of economic downturn. Bringing the investigative habits he had honed in his years at the New York Herald Tribune and the Washington Post, Rosenfeld's objective was to tell the fully rounded stories of the region's cities, suburbs, and rural towns, with awareness of both their achievements and their shortcomings. Furthermore, the misuse of power, whenever it happened, whether in city hall or the state capitol, in courtrooms or prisons, or in hospitals, corporations, community organizations, was to be exposed, and those accountable were to be held responsible. More importantly, however, Rosenfeld's account is enlisted in the growing call to arms for all who cover the news and all who consume it. Written at a time when the credibility of news organizations is under attack by those at the highest levels of government, Battling Editor is a full-throated defense of fact-based journalism and hard-hitting reporting at the local as well as national level.