Want to listen to the audiobook Because They Hate: A Survivor of Islamic Terror Warns America written by Brigitte Gabriel?
MP3 Audiobook Player is here to help! 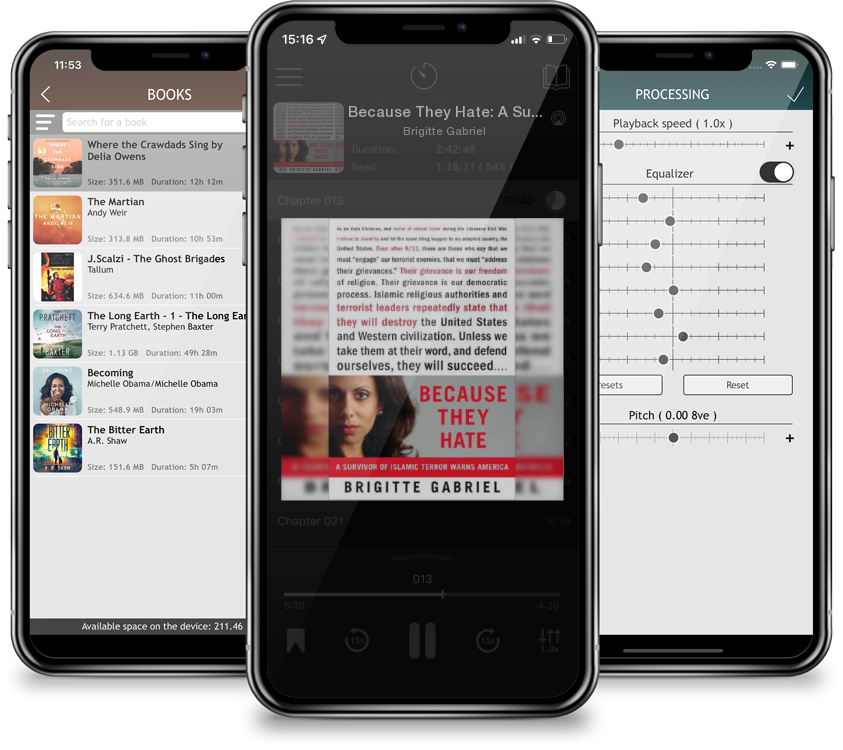 Because They Hate: A Survivor of Islamic Terror Warns America

Brigitte Gabriel lost her childhood to militant Islam. In 1975 she was ten years old and living in Southern Lebanon when militant Muslims from throughout the Middle East poured into her country and declared jihad against the Lebanese Christians. Lebanon was the only Christian influenced country in the Middle East, and the Lebanese Civil War was the first front in what has become the worldwide jihad of fundamentalist Islam against non-Muslim peoples. For seven years, Brigitte and her parents lived in an underground bomb shelter. They had no running water or electricity and very little food; at times they were reduced to boiling grass to survive. "Because They Hate" is a political wake-up call told through a very personal memoir frame. Brigitte warns that the US is threatened by fundamentalist Islamic theology in the same way Lebanon was-- radical Islam will stop at nothing short of domination of all non-Muslim countries. Gabriel saw this mission start in Lebanon, and she refuses to stand silently by while it happens here. Gabriel sees in the West a lack of understanding and a blatant ignorance of the ways and thinking of the Middle East. She also points out mistakes the West has made in consistently underestimating the single-mindedness with which fundamentalist Islam has pursued its goals over the past thirty years. Fiercely articulate and passionately committed, Gabriel tells her own story as well as outlines the history, social movements, and religious divisions that have led to this critical historical conflict.