Want to listen to the audiobook Becoming Eve: My Journey from Ultra-Orthodox Rabbi to Transgender Woman written by Abby Stein?
MP3 Audiobook Player is here to help! 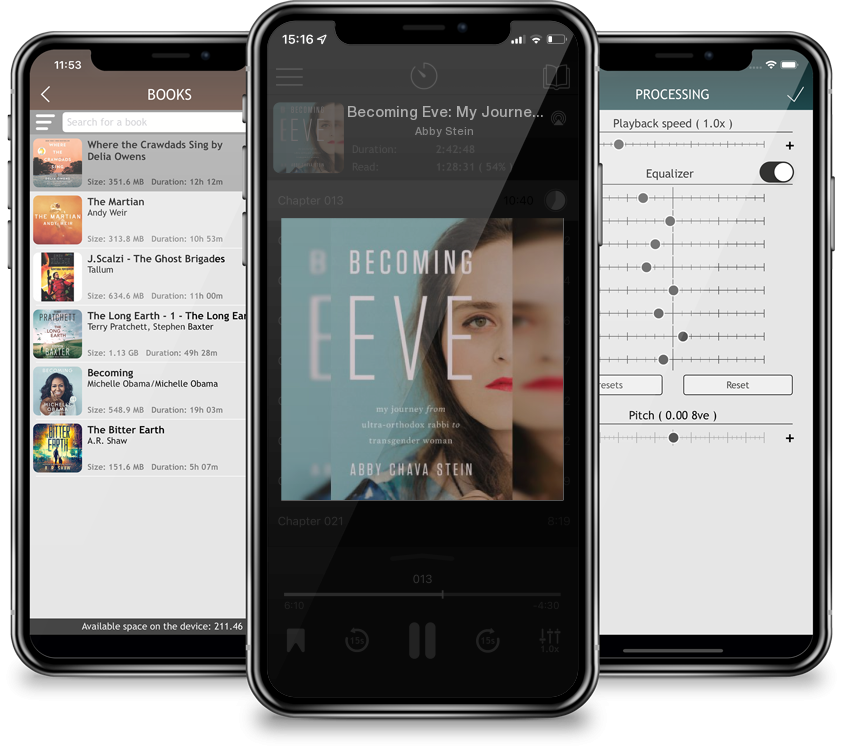 Becoming Eve: My Journey from Ultra-Orthodox Rabbi to Transgender Woman

The powerful coming-of-age story of an ultra-Orthodox child who was born to become a rabbinic leader and instead became a womanAbby Stein was raised in a Hasidic Jewish community in Brooklyn, isolated in a culture that lives according to the laws and practices of eighteenth-century Eastern Europe, speaking only Yiddish and Hebrew and shunning modern life. Stein was born as the first son in a dynastic rabbinical family, poised to become a leader of the next generation of Hasidic Jews. But Abby felt certain at a young age that she was a girl. She suppressed her desire for a new body while looking for answers wherever she could find them, from forbidden religious texts to smuggled secular examinations of faith. Finally, she orchestrated a personal exodus from ultra-Orthodox manhood to mainstream femininity-a radical choice that forced her to leave her home, her family, her way of life. Powerful in the truths it reveals about biology, culture, faith, and identity, Becoming Eve poses the enduring question: How far will you go to become the person you were meant to be?