Want to listen to the audiobook Bernard Fall: Memories of a Soldier-Scholar written by Dorothy Fall?
MP3 Audiobook Player is here to help! 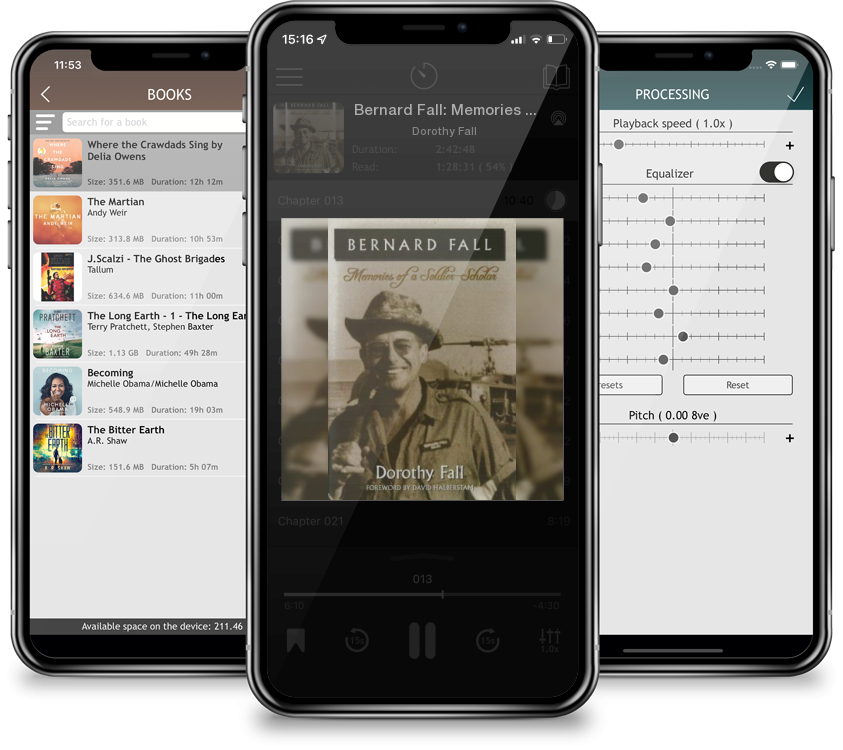 Bernard Fall: Memories of a Soldier-Scholar

Bernard Fall wrote the classics Street Without Joy and Hell in a Very Small Place, which detailed the French experience in Vietnam. One of the first (and the best-informed) Western observers to say that the United States could not win there either, he was killed in Vietnam in 1967 while accompanying a Marine platoon. Written by his widow Dorothy, Bernard Fall: Memories of a Soldier-Scholar tells the story of this courageous and influential Frenchman, who experienced many of the major events of the twentieth century. His mother perished at Auschwitz, his father was killed by the Gestapo, and he himself fought in the Resistance. It focuses, however, on Vietnam and on two love stories. The first details Fall’s love for Vietnam and his efforts to save the country from destruction and the United States from disaster. The second shows a husband and father dedicated to a cause that continuously lured him away from those he loved. With a foreword by the late David Halberstam.