Want to listen to the audiobook Best-Kept Boy in the World written by Arthur Vanderbilt?
MP3 Audiobook Player is here to help! 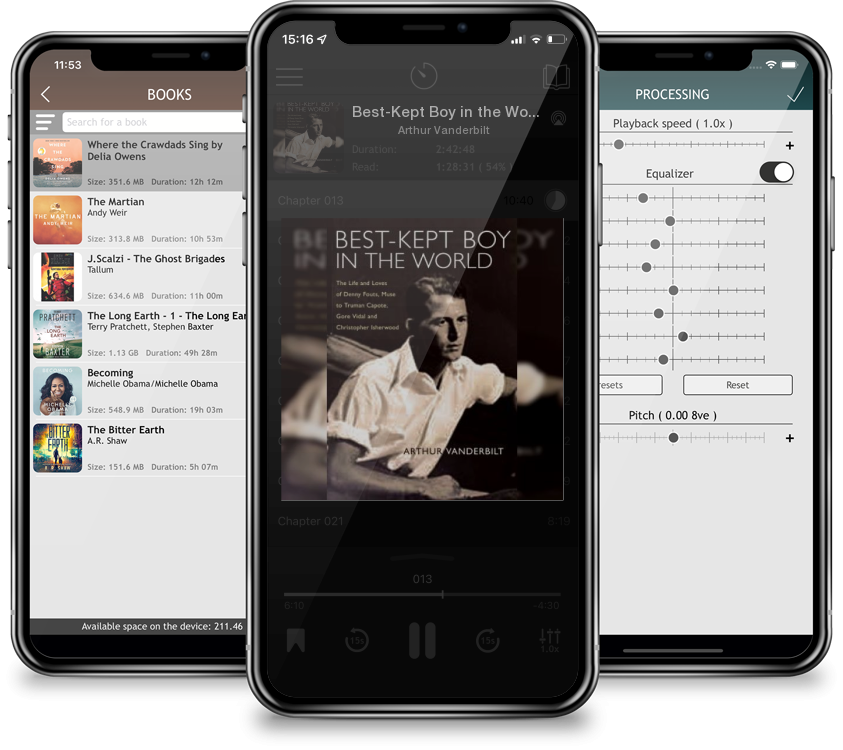 Best-Kept Boy in the World

"Denny, long before he surfaced in my cove, was a legend well-known to me, a myth entitled: Best-Kept Boy in the World."-Truman Capote Denham (Denny) Fouts, the twentieth century's most famous male prostitute, was a socialite and literary muse whose extraordinary life started off humbly in Jacksonville, Florida. But in short order he befriended (and bedded) the rich and celebrated and in the process conquered the world. No less an august figure than the young Gore Vidal was enchanted by Denny's special charms. He twice modeled characters on Denny in his fiction, saying it was a pity that Denny never wrote a memoir. To Vidal he was "un homme fatal." Truman Capote, who devoted a third of Answered Prayers to Denny's life story, found that "to watch him walk into a room was an experience. He was beyond being good-looking; he was the single most charming-looking person I've ever seen." Writer Christopher Isherwood was more to the point: he called Denny "the most expensive male prostitute in the world." In his short life, Denny achieved a mythic status, and Best-Kept Boy in the World for the first time follows him into his rarefied world of barons and shipping tycoons, lords, princes, heirs of great fortunes, artists, and authors. Here is the story of an American original, a story with an amazing cast of unforgettable characters and extraordinary settings, the book Gore Vidal wished Denny had written. Arthur Vanderbilt is the author of many books of history, biography, memoirs, and essays. He lives in New Jersey and Massachusetts.