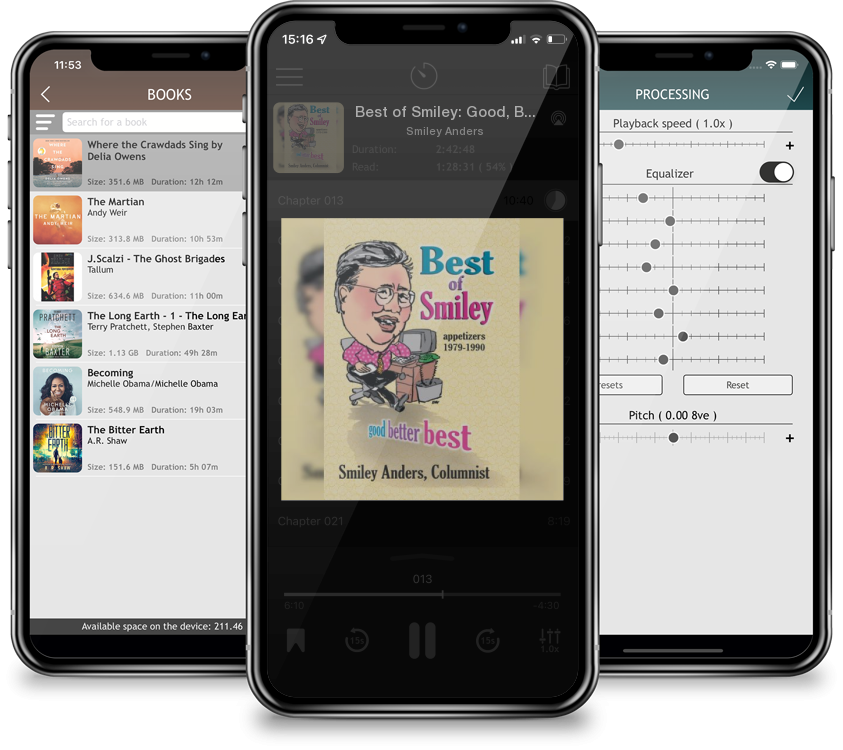 Sometimes people ask Smiley, "When are you going to retire?" He answers by telling this story: "I once asked my former publisher, David Manship, 'When can I retire?' His response was 'retire from what?' I don't guess I'll ever retire, after all, I love my work, my readers supply me with great material, and there's no heavy lifting." Life around Smiley is never dull. Whenever he goes out, whether in Baton Rouge, New Orleans, even Orange Beach, Alabama, and San Francisco, California, people recognize his face and just have to get to him to tell him a joke or a story. Smiley is a joyful little cherub of a man and his work exudes wit and character. He's the kind of guy you just want to "belly up to the bar" with. And you really haven't lived until you've seen him at Spanish Town Mardi Gras in his pink tu-tu and red pumps. Katherine Scales Anders, "current wife" aka "Lady Katherine"