Want to listen to the audiobook Betty White: 100 Remarkable Moments in an Extraordinary Life written by Ray Richmond?
MP3 Audiobook Player is here to help! 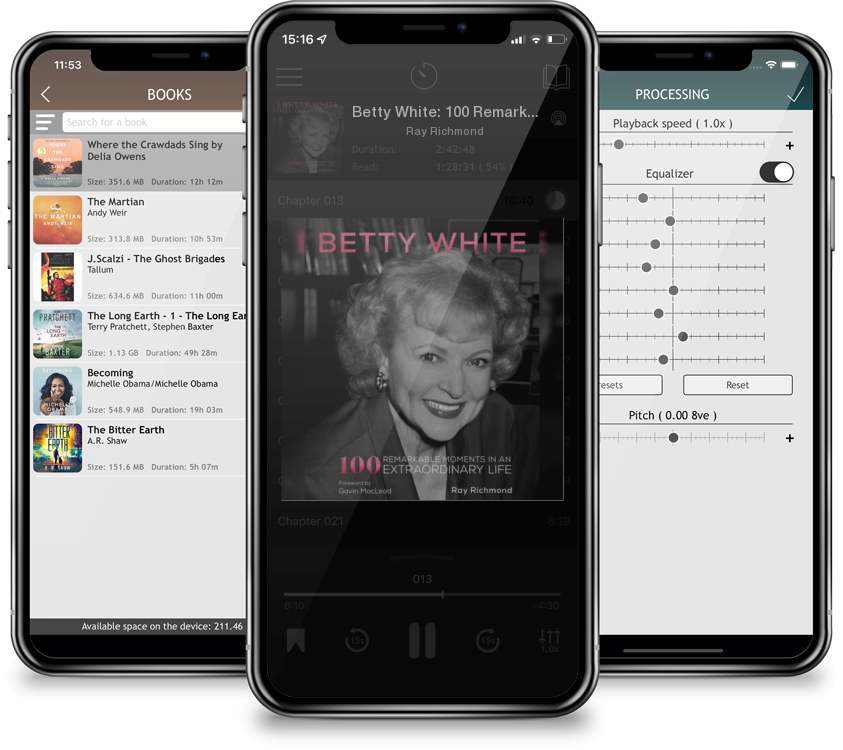 Betty White: 100 Remarkable Moments in an Extraordinary Life is a visual salute to the First Lady of Television, spanning her more than 80 years as a performer and star of such legendary series as The Mary Tyler Moore Show and The Golden Girls.Chronicling 100 highlights from the acting life and passions that have defined an entertainment career like no other, this stunning tribute includes:A foreword by actor Gavin MacLeod, who was part of The Mary Tyler Moore Show cast with Betty WhiteOver 100 photographs from her decades in comedy as well as a contestant on game shows including What’s My Line?, Password, To Tell the Truth, and Match GameInterviews with friends and colleagues, such as Carol Burnett and Candice Bergen White’s pioneering legacy extends back to the earliest days of TV in the 1950s, when she served as both producer and star of the sitcom Life with Elizabeth during an era that predated glass ceilings. The volume also vividly illustrates the beloved White’s lifelong advocacy for animals as well as the masterful comic versatility she displayed even as she closed in on the century mark.Revel in Betty White’s talent, elegance, and spunk with this photographic retrospective of her life.