Want to listen to the audiobook Between Washington and Du Bois: The Racial Politics of James Edward Shepard written by Reginald K. Ellis?
MP3 Audiobook Player is here to help! 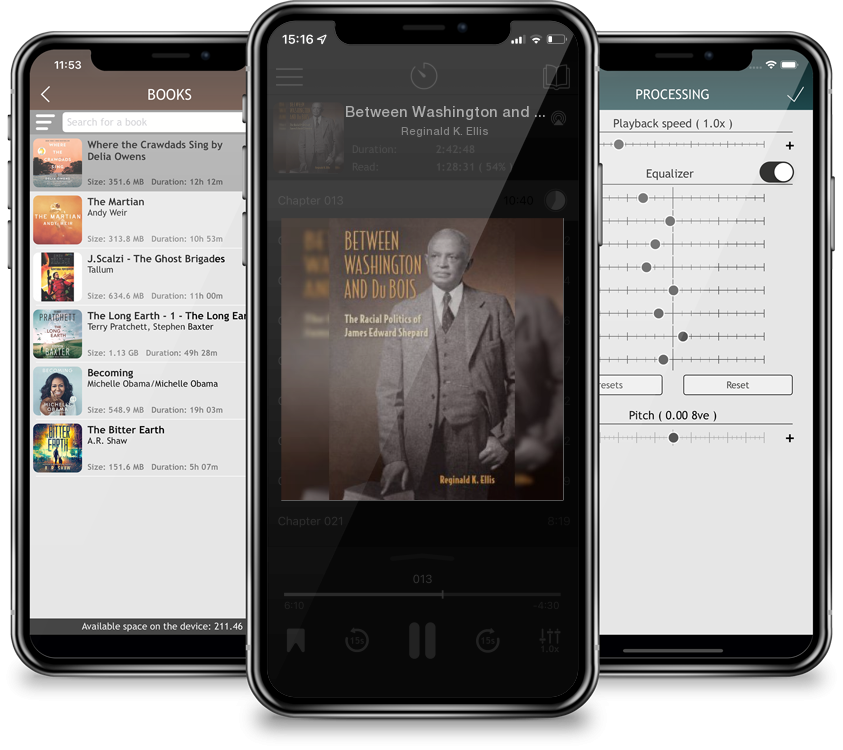 Between Washington and Du Bois: The Racial Politics of James Edward Shepard

Southern Conference on African American Studies, Inc. C. Calvin Smith Book Award Between Washington and Du Bois describes the life and work of James Edward Shepard, the founder and president of the first state-supported black liberal arts college in the South--what is today known as North Carolina Central University. Arguing that black college presidents of the early twentieth century were not only academic pioneers but also race leaders, Reginald Ellis shows how Shepard played a vital role in the creation of a black professional class during the Jim Crow era.Rather than focusing on vocational skills, like Booker T. Washington, or emphasizing the liberal arts exclusively, as did W. E. B. Du Bois, Shepard steered a course between these two perspectives by considering the most practical ways to make higher education available to African Americans. At times he accommodated his state's segregationist regime in order to keep his school open and funded. Yet he never lost sight of his goal of radical racial uplift. Shepard's story illustrates the gradualist strategy used by many of his peers in academic leadership who successfully navigated the currents of southern white supremacy and northern black radicalism.