Want to listen to the audiobook Bikers Illustrated written by John Girard?
MP3 Audiobook Player is here to help! 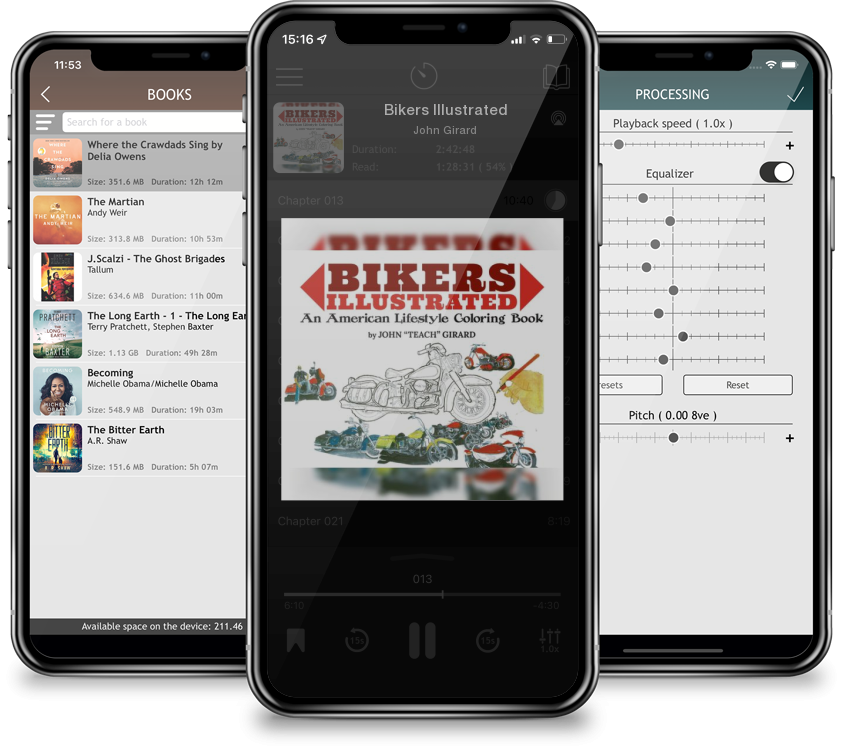 Born and raised in a small town in California, after high school, John "Teach" Girard joined the United States Air Force in 1964. While serving in the USAF, Girard acquired a blood-clotting disease called thrombophlebitis in which the blood clotted and the veins in his ankle were collapsing, resulting in no circulation to the feet. In 1976, both feet were amputated below his knees. After a medical retirement from the USAF, he went on to college at California State University, Sacramento and University of Oregon to complete his teaching certificate. With the help of his friends, he created unique knee controls on his Harley Davidson with a sidecar so he could continue his love for motorcycle riding. "Teach" taught arts and crafts in several school districts in Oregon. Now he is living in the Eugene, Oregon area with his family where he continues to illustrate transportation-related subjects, such as hot rods, trucks and motorcycles. His motto, "defeeted but not defeated" is tattooed on his arm. He continues to walk on his knees with the help of prosthetic knee pads and smile and a handshake for folks who see him and thank him for his military service.