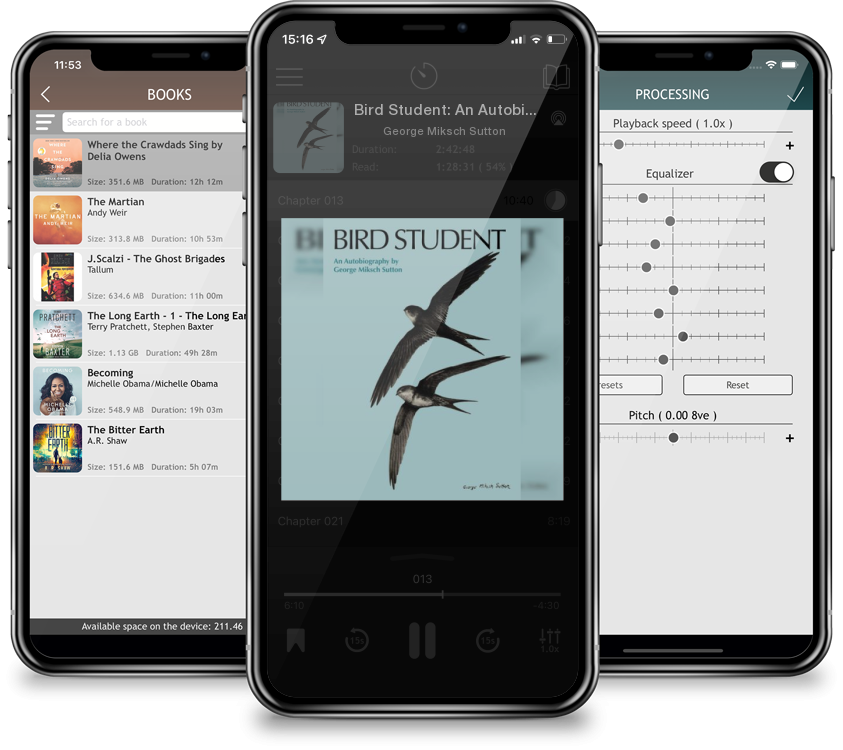 At thirteen, George Miksch Sutton planned a school of ornithology centered around his collection of bird skins, feathers, bones, nests, eggs, and a prized stuffed crow. As an adult, he became one of the most prominent ornithologists and bird artists of the twentieth century. He describes his metamorphosis from amateur to professional in Bird Student. Born in 1898, Sutton gives us his clearest memories of his boyhood in Nebraska, Minnesota, Oregon, Illinois, Texas, and West Virginia with his closely knit family. Recognizing birds, identifying them correctly, drawing them, and writing about them became more and more important to him. His intense admiration for Louis Agassiz Fuertes had a good deal to do with his beginning to draw birds in earnest, and his correspondence and his 1916 summer visit with the generous Fuertes taught him to look at birds with the eyes of a professional artist and to consider the possibility of making ornithology his career. By 1918, Sutton had talked himself into a job at the Carnegie Museum of Natural History in Pittsburgh, which gave him fresh opportunities to learn and travel, and his 1920 field trip to the Labrador Peninsula stimulated his lifelong interest in arctic birds. Further expeditions to James Bay, the east coast of Hudson Bay—on leave from his job as state ornithologist of Pennsylvania—and Southampton Island at the north end of Hudson Bay, in search of the elusive blue goose and its nesting grounds, give us glimpses of field methods before the days of sophisticated equipment. Sutton ends his autobiography in 1935, with an account of his graduate days at Cornell University and his position as curator of the Fuertes Memorial Collection of Birds. Bird Student is about raising young roadrunners and owls and prairie dogs, sailing (and being stranded) in arctic waters, preparing specimens in the hold of a ship, hunting birds and caribou and bears in almost inaccessible regions, canoeing in the Far North, camping in Florida, and delivering speeches in Pennsylvania. Sutton's gift for mixing facts and philosophy lets us see the evolution of a naturalist, as his inherent curiosity and innocent enjoyment of beauty led to a permanent desire to preserve this beauty.