Want to listen to the audiobook Black Titan: A.G. Gaston and the Making of a Black American Millionaire written by Carol Jenkins?
MP3 Audiobook Player is here to help! 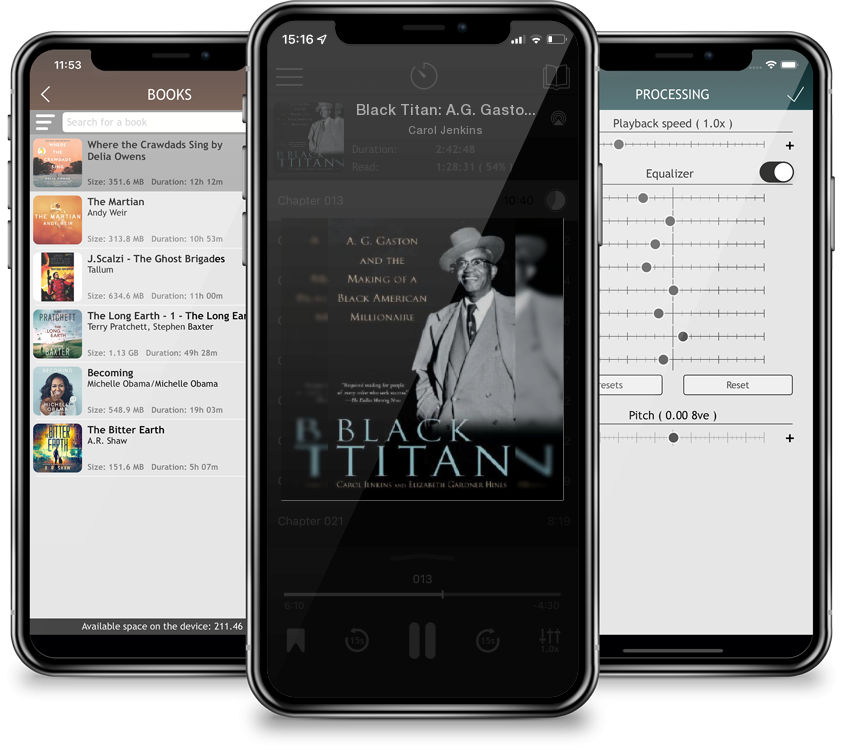 Black Titan: A.G. Gaston and the Making of a Black American Millionaire

The grandson of slaves, born into poverty in 1892 in the Deep South, A. G. Gaston died more than a century later with a fortune worth well over $130 million and a business empire spanning communications, real estate, and insurance. Gaston was, by any measure, a heroic figure whose wealth and influence bore comparison to J. P. Morgan and Andrew Carnegie. Here, for the first time, is the story of the life of this extraordinary pioneer, told by his niece and grandniece, the award-winning television journalist Carol Jenkins and her daughter Elizabeth Gardner Hines.Born at a time when the bitter legacy of slavery and Reconstruction still poisoned the lives of black Americans, Gaston was determined to make a difference for himself and his people. His first job, after serving in the celebrated all-black regiment during World War I, bound him to the near-slavery of an Alabama coal mine—but even here Gaston saw not only hope but opportunity. He launched a business selling lunches to fellow miners, soon established a rudimentary bank—and from then on there was no stopping him. A kind of black Horatio Alger, Gaston let a single, powerful question be his guide: What do our people need now? His success flowed from an uncanny genius for knowing the answer. Combining rich family lore with a deep knowledge of American social and economic history, Carol Jenkins and Elizabeth Hines unfold Gaston’s success story against the backdrop of a century of crushing racial hatred and bigotry. Gaston not only survived the hardships of being black during the Depression, he flourished, and by the 1950s he was ruling a Birmingham-based business empire. When the movement for civil rights swept through the South in the late 1950s and early 1960s, Gaston provided critical financial support to many activists.At the time of his death in 1996, A. G. Gaston was one of the wealthiest black men in America, if not the wealthiest. But his legacy extended far beyond the monetary. He was a man who had proved it was possible to overcome staggering odds and make a place for himself as a leader, a captain of industry, and a far-sighted philanthropist. Writing with grace and power, Jenkins and Hines bring their distinguished ancestor fully to life in the pages of this book. Black Titan is the story of a man who created his own future—and in the process, blazed a future for all black businesspeople in America.