Want to listen to the audiobook Black Voices from Big Brown: Untold Stories of African Americans at Ups written by Ups Aabrg?
MP3 Audiobook Player is here to help! 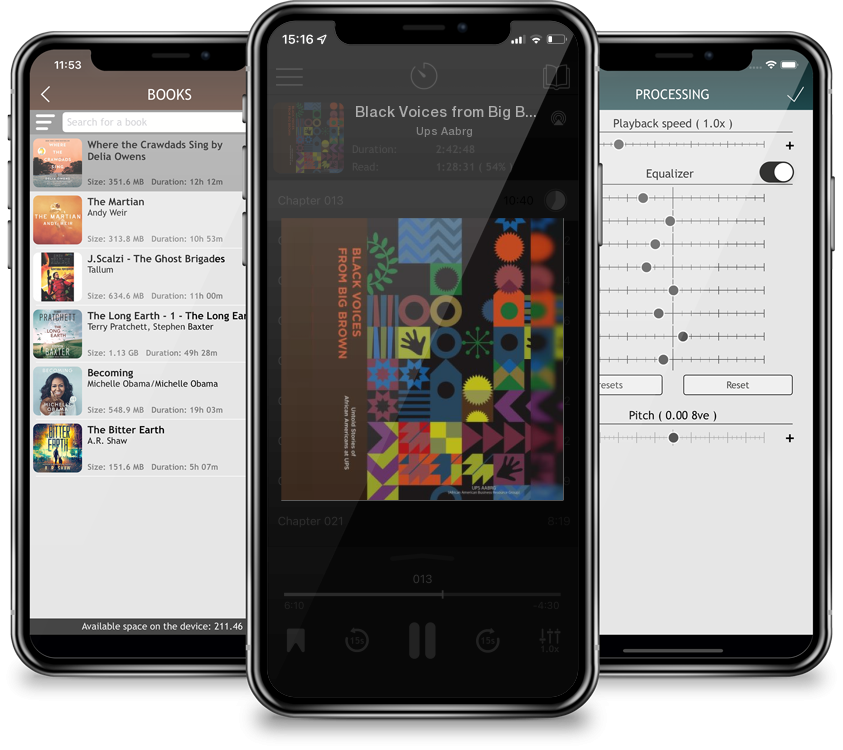 Since the 1950s UPS has been partner in its own "Silent Movement" to develop and promote African Americans from entry level positions to the C-Suite. Through the beautiful portrait images by acclaimed photographer Scott Areman, and in their own words, Black Voices from Big Brown delves into the untold stories of 29 current and former African American UPS employees whose work history totals more than 950 years. Why are these stories worth telling? Because each of these people embodies what America stands for; the fostering of family and community through hard work and dedication while persevering, despite the obstacles of racism and inequality. In the "Black Voices" "Black Voices from Big Brown"] forward, UPS CEO Carol Tom writes, "More than a century ago, UPS founder Jim Casey envisioned a company centered on its people and built on the core values of fairness, dignity and respect. The UPS story is all about hard work, perseverance, starting at the bottom and working your way to the top-the story of the American Dream." With this ground-breaking book which honors the values that diversity has brought to UPS, the company commits to becoming a leader in the movement for diversity, equity and justice in the workplace and beyond. All proceeds from Black Voices goes directly to The MARCH Foundation. Founded by Ken Jarvis, who joined UPS in 1957 and is recognized as the company's first African American package car driver. Ken rose through the ranks, retiring after 37 years as Vice President of Human Resources. Ken's reputation for mentoring is the stuff of UPS legend; countless UPSers credit their advancement and ultimate success to his care and guidance. For nearly four decades, he gave his all to UPS-but he still managed to give back to his community. In 1998, Ken created The MARCH Foundation-Mutual Alliance Restoring Community Hope-to support the education of African American youth through scholarships to Historically Black Colleges and Universities (HBCUs). The MARCH Foundation has distributed more than $1 million in grants and scholarships to more than 1,000 students since its inception.