Want to listen to the audiobook Blazing Ahead: Benton Mackaye, Myron Avery, and the Rivalry That Built the Appalachian Trail written by Jeffrey H. Ryan?
MP3 Audiobook Player is here to help! 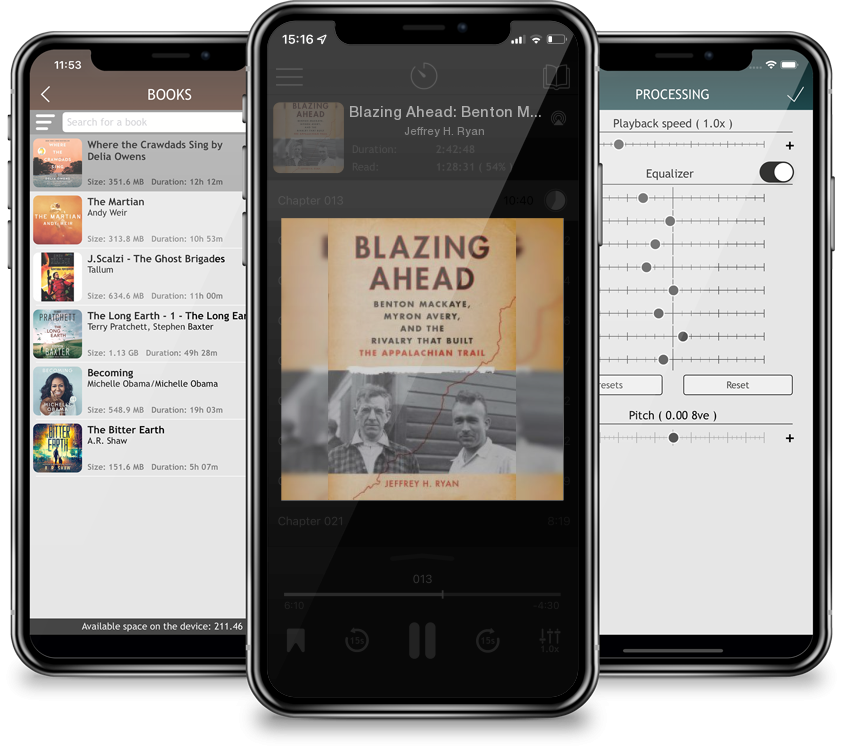 Blazing Ahead: Benton Mackaye, Myron Avery, and the Rivalry That Built the Appalachian Trail

"High and dry above the stupendous detail of our job we should hold the reason for it all. This is not to cut a path and then say--'Ain't it beautiful?' Our job is to open a realm." -Benton MacKaye The Appalachian Trail is one of America's most revered resources, a project of near-mythic proportions combining rugged natural beauty and human determination. But few know the story behind the creation of the world's longest hiking-only trail. The proposal could have died in the pages of a journal had it not been for the efforts of many people--including two, in particular: Benton MacKaye and Myron Avery. While the two men shared a common goal, their vastly different personalities meant it was only a matter of time before these sometimes allies, sometimes adversaries had a falling out. Blazing Ahead: Benton MacKaye, Myron Avery, and the Rivalry That Built the Appalachian Trail tells this story in active, engaging scenes that weave history together and biography, detailing the external forces the trail builders faced: the stock market crash, World War II, and the prevailing opinions regarding wilderness and recreation. Drawing upon never before published sources from the State of Maine Archives, Blazing Ahead delves deep into the historical realities MacKaye and Avery faced. Through extensive research and vivid storytelling, this book tells the true but little-known story of a shared vision, the rivalry it bred, and the legacy of the men behind one of the nation's greatest treasures. ALSO AVAILABLE Chasing Summits, by Garry Harrington ISBN: 978-1-628420-45-6 Desperate Steps, by Peter Kick ISBN-13: 978-1-628420-09-8 Not Without Peril, by Nicholas Howe ISBN-13: 978-1-934028-32-2.