Want to listen to the audiobook Blindsided: The True Story of One Man's Crusade Against Chemical Giant DuPont for a Boy with No Eyes (Compact Disc) written by James L. Ferraro?
MP3 Audiobook Player is here to help! 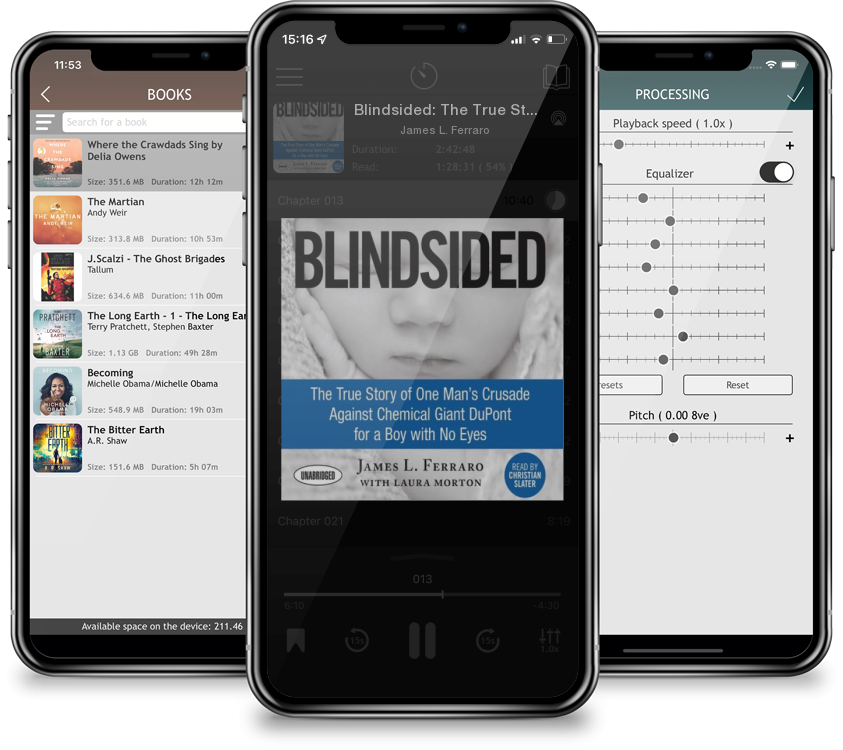 Blindsided: The True Story of One Man's Crusade Against Chemical Giant DuPont for a Boy with No Eyes (Compact Disc)

In 1996, an unprecedented decade-long courtroom battle was waged in Florida to help bring justice and hope to the family of a young boy born with no eyes after his mother was doused outside of a local u-pick farm by a chemical fungicide believed to have caused his birth defect and the birth defects of many other children. It was a battle that nearly everyone but attorney Jim Ferraro deemed unwinnable. After all, it involved one of the world's most powerful industrial giants. In the process, it was a fight that changed the landscape of tort law forever. Before it was over Castillo-vs-DuPont would go down in history as the first and one of the most important cases of its kind, setting precedent and also sparking a crucial debate over the questionable use of what is known as the "junk-science defense." Blindsided is a real life David and Goliath story-a true courtroom drama for the ages.